Take the Money and Run (Tradecraft)

There is a glut of "Magic" stores. Las Vegas, for example, has a population of 600,000 with 16 game stores. Normally a city like Las Vegas would have about four or five, and sure enough, there are four or five "real" game stores in Las Vegas, as in full spectrum game stores that carry a variety of game products. These stores have been around a long time and will remain after the Cardpocalypse. The other ten are various comic book stores and card shops that run Magic events. Many, many Magic events. This is typical of a lot of regions around the country. Those four to five game store are exasperated as the wind in their sales are depleted by these carpet baggers.

Before, I wrote something like, if you're less than five years old and Magic is more than 35% of your sales, you're at risk. This is still true. My new position? Don't diversify, just bank the cash. You have inadvertently hit on a boom. The idea of diversification, of taking profits from your highly efficient inventory, CCG sales, probably between 10-15 turns a year, and plowing them back into 2-3 turn product, is kind of stupid. It's not just counter intuitive, it's lacking in all sense. It's madness.

It's like the debate over home ownership. If you skip home ownership and invest the money, you'll usually come out ahead in the long run. Sure, most people don't have the discipline to take the difference between their rent and mortgage and invest it, but if they did.... Profit. That's where you're at if you've got a "card shop" in this current boom. You can buy a house, diversify into the hobby game market by deep sixing all your profits, or you can invest in a different future. Rent and bank the cash.

The game trade, other than Magic, is a shambles. Tactical miniature games? Look at Games Workshop. Oh God. Those guys are really phoning it in of late. Did you read the CEO's "you can suck it" letter to investors? How about that new Dungeons & Dragons? Many stores have already moved away from RPGs, and Wizards of the Coast sounds way more interested in the possibility of movies and video games than dead tree entertainment. I don't expect them to produce a lot of content in the future, which is how that game is profitable for me. Board games? Oh the glut, and much of the momentum is arrested by Kickstarter. I'll still be selling these things, with great effort, probably for many years to come, but it's a rough row to hoe compared to your current cash crop.

The game trade outside of Magic is a fool's errand, an attempt to beat the house at it's own game. We compete against the producers of the product who regularly devalue their own creations and sell direct to customers for a quick buck. We're in a trade that waits for the Next Thing, knowing that the days of Next Things are behind us, along with dial up modems. The hottest games of the year have no supply. We work under the threat of the coming miniatures Apocalypse of 3D printing, the threat of Chinese Magic card counterfeiters and the perfect digital tabletop app that revolutionizes role playing. Other than Magic, the game trade is a swamp.

We're in some weird game trade times with Magic. It won't last, and your best bet is to take that money, bank it, and work on your exit strategy. Why save up for the rainy day, the subsistence farming of the game trade, when you can take the profits from your cash crop and move on? Did you learn nothing from starting a store? Sandwich shop. People gotta eat. Open a sandwich shop.

Or maybe I'm just trying to thin the herd. Who can tell. I'm not a nice guy after all. 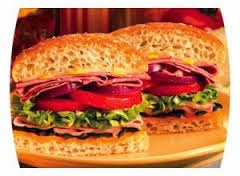