When we plan the future of our businesses, we want to make sure we invest in the right things. If you make a wrong turn, you not only lose opportunity, but it puts you a step behind. Too many steps and you're in debt with no hope of catching up. That assumes you're looking to follow trends.

You can run a perfectly fine, traditional retail store that just sells things, and does nothing else, under the right conditions. Those conditions are basically a full embrace of retail with proper capitalization. But we'll assume you are entrepreneurial, even though we're in small business. You want to be cutting edge, but avoid the usual pitfalls.

PDF Publishing. The instinct is to think you have involvement here, that somehow you can buy a big all-in-one printer-binder and make books from electronic copies, if only the licensing can be worked out. We now know this won't happen.

3D Printing. Imagine if customers could come in, order a custom unit of Space Marines, and wait while you print them up. Yes, all you need is for Games Workshop to get on board with that. The reality is the printer will be close to free by the time widespread demand exists, if it ever does.

Crowd Funding. The store is currently owed $650 from missing Kickstarter rewards, but there's also the various retailer promises. In exchange for tying up your capital, we'll allow our customers to pick up games at your store, or give you the promos, or half a dozen other schemes that you really have no business engaging in. Kickstarter is the ultimate disintermediating technology in the game trade.

Full disclaimer: We're a year behind our own Kickstarter project and owe about a third of our backers rewards related to construction. Hopefully we'll announce something about that soon.

Online Store. This obvious thing that every game store should do? It doesn't work unless you've got a unique value proposition. The Internet is the ultimate disintermediator and you're late to the show. By all means, dump your junk on Ebay or speculate on Amazon, but don't create an online storefront without your UVP.

Or maybe you can become an Amazon Locker location. Or maybe you can start selling electronic games in boxes. Again, you are not or will soon no longer be needed in this equation.

So what to do?

Your key asset is you are here now.

No, it's not another Zen reference, you have things, things people want, right here, right now. Inventory is always your key asset, along with knowledge of what they are and how to sell them. It's what your customers want (or they're not your customers, really), and it's what differentiates you and insulates you from competitive forces. Most stores never need to think beyond the inventory question because most stores will never have enough (most stores are at risk because of this).

Once you have all the things you could want, and believe me, everyone eventually comes up with a hard dollar amount of what that might be, you begin to think about space. I'm referring to a location that people want to be in, or could possibly want to be in.

Third Place Theory basically says you want a special place between home and work/school where people want to spend time. Event space clearly scratches that itch, but it's wickedly hard to monetize and overly dependent on card games. If your percentage of Magic sales scares you, and you've got seating for three figures of participants, how will you pay that rent when Magic recedes?

So beyond game space, we're seeing other game store variations on Third Place: cafes, mini pubs, and other models are popping up. It's ridiculous when an Internet troll tells you to sell more soda if you want to make it in the game trade, but it's totally true you can do very well with coffee or beer.

This is my way of saying this is very much on my mind at the moment. With plans to build a mezzanine, we're looking at a very expensive expansion ($100/sqft build cost).  With a move option, and no need to spend ridiculous amounts of treasure on vertical boondoggles, we're looking closely at what Third Place can do for us. 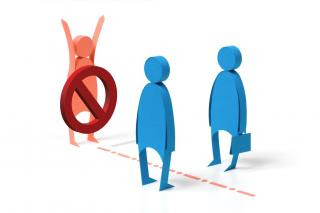