REI is sending their employees out to the wilderness on Black Friday as they #optoutside. That's a nice thing, especially since Black Friday has become such a wretched spectacle of consumer avarice. Let's remember a couple things though. Black Friday, for a lot of retailers, is allegedly called that because it's when retailers go into the black, since they've been in the red all year until that fateful day.

REI, on the other hand, is a 2 billion dollar company. The CEO makes 2 million dollars a year. It's a co-op with a net profit margin somewhere between nothin' and two percent (much like Amazon. Why do people invest in that again?). I'm good with that, since as a member (both REI and Prime), they pay me to shop there. Man I spend too much at REI. Another sale on Honey Stinger Energy Waffles and I'll be bankrupt.

Anyway, for those retailers who don't work at REI, we'll be planning and hoping and decorating like a mofo to get some customers in the door on Black Friday. My store did a fantastic $5,000 in sales last Black Friday and believe me, that money didn't go towards my 2 million dollar salary. It went to keeping the lights on. Really, the net on $5K will just about cover the electricity bill for one month. So just keep this stuff in mind when you expect everyone to follow the REI example. Also, pick me up a Honey Stinger Energy Waffle next time you go. 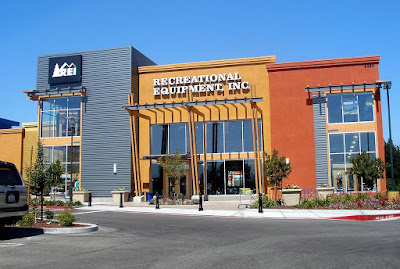