So You Say (Tradecraft)

There was once a Zen master named Soryoki, or "empty box," as his name translated. He owned a hobby game store and would sit behind his counter, listening to the various game trade experts who would pontificate at great lengths, while he smiled and sold customers his enjoyable games. He brought small bits of happiness to people with difficult lives, and, he thought, that was as good a profession as any.

"Soryoki," the pontificators said, "The hobby game store is a failed business model from bygone days. The Internet has made you obsolete. Even retail itself will one day be handled by robots, rather than an old man like you, sitting behind a counter. Your boxes are full of empty promises and your business will run out of money and fail any day now."

Soryoki raised an eyebrow and responded, "So you say."

Many years went by, Soryoki modestly expanded his store, and the experts returned.

"Soyoki," the pontificators said, "You are successful because you cheat your customers. Nobody should pay your high prices. You require game publishers to change the rules to let you survive. Plus you live in a foolish community with idiots willing to patronize your establishment, unlike the wise people of other communities. You should quit now and stop victimizing the fools who don't know better. Cease amassing your great wealth through trickery and close your store now."

Soryoki raised an eyebrow and responded, "So you say."

Another couple of decades went by. Soryoki continued to slowly grow his business. He saved for retirement and one day handed his business over to his heirs. Before he left to spend his retirement meditating on the beaches of Mexico, the pontificators returned once more for their final farewell.

"Soyoki," the pontificators said, "It is a miracle you have made it as far as you have. I suppose the last 30 years might, possibly, vindicate your position. Maybe it is your relationship with your customers and not just the boxes that are important. Perhaps belonging to a community has some value we hadn't accounted for in our earlier arguments. It may just be, that we were mistaken about hobby game stores."

Soryoki raised an eyebrow, picked up his beach chair and walked towards the door, pausing only a moment at the threshold to respond, "So you say." 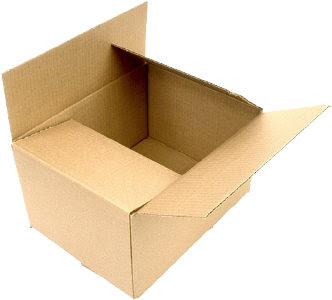