I like the auto industry, and I would in that business if it didn't rank in seediness up there with pornography and social media analytics. Ford is on my mind after announcing they would stop making cars, other than the Mustang. There's a lesson here for every business.

This lesson comes from the old Ries and Trout book, the 22 Immutable Laws of Marketing.  I love this book, although it's a little dated nowadays. I loved it so much, I used it for the last chapter of my masters thesis describing how 14th Century Japanese Buddhist philosophy evolved new theories of enlightenment to fill open niches of thought. It was a real page turner. The lesson I have in mind is called The Law of the Category. Being first in a category is everything. Everything.  If you can't be the category winner, which usually takes half of the market share in a mature market (why I thought board games were ripe for the picking by somebody), then dominate a new category. 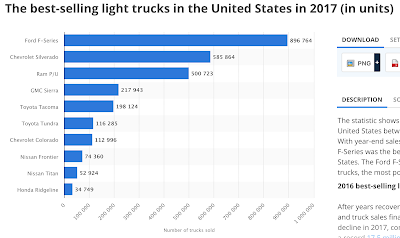 In the case of Ford, they're the number five auto marker in what is absolutely not a mature market. It's a market where millions of vehicles a year are made by companies you've probably never heard of. If you feel overwhelmed by pop up competitors, the auto industry is hardly any better. It's a dangerous market and Ford is losing.

Where Ford is winning is trucks. They sell nearly twice as many trucks as their nearest competitor, the sign of a mature market. Ford has one truck product line, the F-Series that outsells all their non Mustang cars combined. Trucks are also more profitable than cars. Ford is a winning truck company and a losing overall vehicle manufacturer.  So they chose to follow the Law of the Category and be a winning truck manufacturer (with an iconic sporty car). 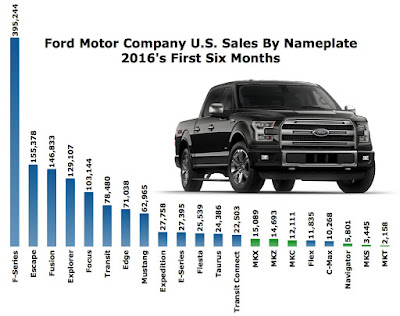 This is a lesson any mature business, including game stores, can apply to their situation, and one I've applied a time or two. I say mature because newer businesses, assuming they're diversified, try to be all things to all people. They either don't know how to run the numbers to see where they're making and losing money, or they refuse to cede market segments to competitors because of fear the competitor will grow and dominate them (because they lack a Unique Value Proposition).

The reality is focusing on what you do best, what makes you the most money, dominating your segment and not attempting to spread out to conquer the market, is where success lies. Trying to starve competitors doesn't help you or them, and it doesn't stop a new competitor from coming along later. I'm always ready to pivot, I'm always expanding and contracting.

When a new store came along and started deep discounting miniatures, I fought. However, when customers followed price, I pivoted and stopped fighting, putting that money elsewhere. When that store inevitably went out of businesses, I pivoted back and now miniatures are a top selling department. When my competitors attempt to specialize in Japanese card games, which are rounding errors on my balance sheet and difficult to source, I left it to them. Maybe I'll be back one day. What nobody sees is how that capital is shifted to strengths. I chase strengths rather than shore up weaknesses, you know, like Ford.
Posted by Gary Ray at Thursday, May 03, 2018