On the Road Store Management (Tradecraft)

Last year I spent five weeks driving cross country over the summer. I would place sales orders on my laptop from hotels with fast WiFi. I would pay bills the old fashioned way, dropping hand signed checks in a mailbox. More often than not, the check was closer to its destination than if I had mailed it back home.

This year I was more ambitious, with a plan to drive through Mexico and Central America, our farthest end point being Honduras where we would visit the Copan ruins. I had been there 17 years ago and got as far as the road to the ruins before we were stopped by a "peasant uprising." Despite driving days to get to Honduras, including abandoning our vehicle in the border and hitchhiking the final few miles, not seeing the ruins in this fashion was the highlight of my trip. This time we would get there.

Along the 8,000 mile trip, I visited game stores in Mexico and Guatemala. A friend helped translate so I could get  a glimpse of hobby gaming in these countries. I wrote about that and posted photos on my Facebook author page. Game stores in these countries are in their early phases. Customers play Magic, about half with English cards and half in Spanish. RPGs and board games are just starting to germinate, with only one store I visited in Guatemala City having any stock at all. Part of this was cultural and part was economic. It's an exciting time for the trade in these countries, and as the market emerges, it will be interesting to see where it goes.


Preparing for this trip business wise meant first setting up online banking. There would be no checks in the mail. It took this trip to bring me into the modern world of Internet banking, something I've had for my personal accounts for well over a decade. There would also be no trips to the bank for emergencies, like when my old payroll company insisted on a wire transfer after we were short one day. I wire transfer is like asking for a hand delivery from the Wells Fargo stagecoach driver, a giant manual pain in the ass for everyone involved. Adjusting to online banking was difficult, with its week in advance scheduling and plus or minus a day check arrivals (usually minus). I eventually adapted.

I handed off my weekly ordering to my manager, which meant I was truly free this time on vacation, unleashed from phone calls and the grind. My job was to make sure money was in the bank, which sometimes was difficult, and pay bills once a week from a Google sheets document. I was able to get my work load down to four hours a week. Disconnecting from day to day activity was not only critical for relaxation, but it protected me from the unknown, notably the availability of wifi and cellular service.

My cell phone is on AT&T and the way that worked was Mexico was included in my bucket of minutes and regular roaming, but Guatemala and Honduras were not. I set my account up ahead of time to transition to a "day pass" while in those other countries. This meant I was charged $10 a day for roaming. That seemed like a lot of money at the time, so in Mexico, with some help, I bought a wireless hot spot and a sim chip to get cheaper local rates. What it took weeks for me to learn and many hours at kiosks, was I'm a giant user of data, and there was no data plan big enough for my American style usage. $10 a day was a bargain, and I gladly went back to that and sold off my hot spot. The roaming cost $120 and the hotspot, which sold was $140.

Hotels in these regions often offered WiFi. We would pick hotels based first on secure parking, because of our fancy vehicles, and second on WiFi availability. Although hotels would advertise WiFi, it often left much to be desired. WiFi would sometimes be down. Like just broken and we're sorry. WiFi might only work in the lobby. WiFi might be so slow and unpredictable as to be useless. However, 3G cellular service was all it took to log in and pay bills, and most often than not, access my POS system back home. So WiFi was a luxury, but 3G was plentiful in any reasonably sized town.

Most of my store problems, like my trip last year, were about me, rather than staff. I shorted a payroll for the first time with our new payroll company. They apologized to me, and asked if I just wanted to run it again, which they did with no charge. A big cash buffer might have gotten my four hours a week down to three. Most game trade pre orders have about a three month in advance window, and since I pre order every single item that comes into my store, those things rolled on in while I was gone. Any disconnect from the buying process won't be felt until late fall, and don't think I'm not worried about that.

Overall, I had a wonderful and relaxing time. Part of this trip was fantasizing about retirement in the region. I visited city after city saying, "I could live here!" I'm wondering if six months a year might be enough and how my store would function without me for that long. That's probably just vacation withdrawal talking, but if I start writing about visiting Guatemala for a six week Spanish intensive, you can bet it's on the horizon. 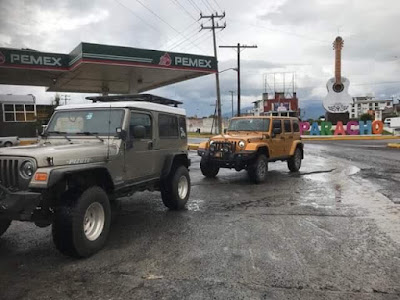