I want everyone to make as much money as possible, including my employees. However, when it comes to wages, retail is where the rubber hits the road. It doesn't matter how liberal you are as a store owner, you are still subject to math. Math doesn't lie or hold a political opinion, it's quite indifferent to your views, much like the science of global warming. So although I'm fairly liberal, and would like nothing more than my employees to make a middle class income from their jobs, I don't see how most small businesses will survive on their way to a $15 minimum wage (currently at $11) at the rate it's scheduled.

We can look at the math by examining our three buckets. In retail, we have three buckets of expenses after cost of goods: labor, rent and other. When these buckets start to overflow, growing in size, our revenue needs to increase to cover them. So if the labor bucket increases by 10% a year, as it is generally doing with minimum wage, our revenue needs to increase by a third of that, or 3.3%. If we don't increase revenue by 3.3%, that money is coming from profits or if you're on the edge, you're losing money. Lose money long enough and you and your jobs go away, like it or not.

But what about inflation? We need 3.3% to cover increasing wages every year, as we've established. Inflation doesn't include wages. So now retailers also need to grow to cover inflation. Did you know inflation is actually growing pretty quickly despite low interest rates? Inflation last year in my region was 3.6%. That's another headwind to deal with, and nobody likes to talk about this, but it might be related to fast growing wages. Rather than needing to cover a 3.3% mandated wage increase, small business now needs to add that 3.6% inflation to the mix. That's roughly 7%. So should we expect small retailers to grow 7% to cover these costs?

When you look at recent historical numbers, 7% growth for retail is phenomenal. It's emerging market growth like that of China and India. Mumbai, Shanghai and Beijing had recent historical growth in this range, but most other cities are far lower. The growth rate in California cities like San Francisco and Los Angeles is 1.5-3%, not even keeping up with current inflation levels or wage growth. Certainly not both. 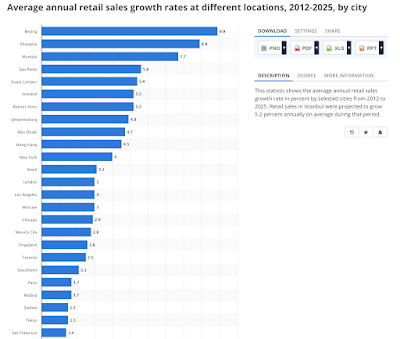 So when you ask a California retailer to grow 7%, you're picking winners and losers. You're essentially cutting the legs out from all marginal businesses and many average businesses and giving a gift to profitable businesses, who regardless of whether they hit that absurd growth target, can always absorb wage growth with profits. Those businesses will inevitably be large, like Wal Mart and Target. If I had local competition, I might actually like this and hunker down to wait them out, but they've already failed.

This fast wage growth scheme is really a gift to big business at the expense of small business. When I predict small businesses will disappear because of this, taking jobs with them, of which the job market is roughly half small business, this is what I'm talking about. I'm not being gloomy, I'm looking at math. The math is not good. I have no political horse in this race, I want everyone to get as much as they can. 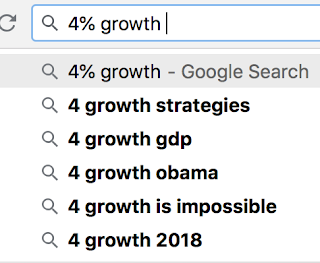 The hope with 10%+ wage growth is the rising tides theory, but again, you're expecting growth rates of 7% for small business. The left regularly mocks Trump for predicting 4% GDP growth as impossible, but they don't seem to care when unreasonable high growth is expected from small business. A more reasonable approach to this, if we decide dictating wages is the right choice, would be a slower progression that isn't so destructive to small business. The problem is it isn't politically expedient to provide a slow correction, just like Trump's ridiculous 4% annual GDP (I know it peaked there for a quarter, but that can't last).

Finally, I really, truly, hope I'm completely wrong. I hope I'm talking out of the wrong orifice. California will be seen as an economic miracle, which it already is, but now by raising up the bottom tier of workers. It will be glorious and will be copied across the country. It pains me that I'm on the same side as the Koch brothers in this debate. As the saying goes, a stopped clock is right twice a day. I really hope I'm wrong on this.
Posted by Gary Ray at Tuesday, August 28, 2018