The iPhone is probably in the Gartner phase of "inflated expectations," but I've got it in my personal "trough of disillusionment." The problem with the iPhone is that it's too much like a mobile computer: buggy software, a still too low battery life, and heavy handedness by Apple that exacerbates these problem.

For example, for many users like myself, the Safari web browser is more a novelty than a usable application. It crashes far too often to be useful and reliable. Apple's development agreement forbids anyone else from porting a web browser to the iPhone, which means we're stuck with Safari. This same developmental control has a negative effect on software applications, which can also be buggy, due, I think, to too little testing. I signed up for the LogMeIn beta test of the iPhone application, after complaining about a lack of software, but was turned down because Apple limited the Beta test to 100 users. 100 casual users is not a large enough group to adequately test software. Apples control of the application release process is a mystery, even to those who have submitted applications. Most don't know if their app has been approved until they see it in the online store.

Battery life is still a problem for me, with the iPhone hearkening back nearly a decade to my early cell phone days, when we had chargers everywhere and large collections of batteries. Unfortunately, the extra battery option isn't an option, with Apples closed architecture. They're simply not made to be replaced, and if you could, Apple would charge you $85 for another one. With constant problems with iTunes, I've resorted to a direct charge connection rather than fight the application. The concept of syncing data with a cable seems so primitive when so much information is coming over via wireless.

Overall, I think the iPhone is the most amazing electronic device I've ever owned. That said, it's of marginal use to those of us who shuttle from one computer to another. Those who are on the go or travel should find it an amazing tool. However, when my cell phone bill arrives, I'm often wondering how exactly it changed my life in the last 30 days. 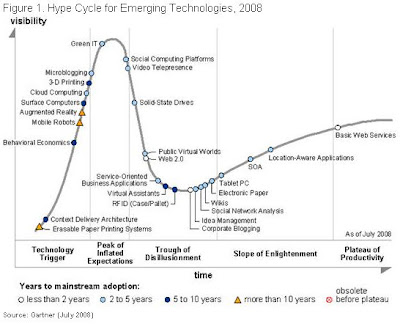