Friday Night Magic. Our New Guy Night doubled our turnout. After the group fractured with the new store, we were down to 10 people from 20 each week. This was discussed and expected about a month before it happened. The new guy night brought us to 19 people on Friday, with many saying how fun it was and how they'd be back. We lost the most serious Magic players, so those on the sidelines, intimidated with their intense style are coming back, or playing for the first time. I'm told one guy was once disqualified for shuffling his cards for too long! Hooray for fun!

Magic Pre-Release Yesterday. We had our (now) average sized crowd for this, about 40 people. There were people there I know are going to the other store. That's fine with me, obviously. I've put the new store dispute behind me at this point, but I'm afraid there's still a lot of talk and some icy stares. The talk is mostly true, by the way, to everyones credit. It's just from different perspectives. The thing for me is it's a business. I take that business very personally. It's how I feed my family. I'm forced to make decisions, defend my business, but at the end of the day, I go home, relax, play with my four year old, and sleep pretty soundly with my decisions (It's the Confucian model: deliberate-decide-relax). I avoid ruminating whenever possible, chewing the cud, replaying past events. However, there's still a lot of rumination on this issue from Magic players, which I was surprised about, but I guess it's normal.

State of the Store April is a funny month. We may once again break the patterns of the past and "technically" make money for the first time in this difficult month. I say technically because our borderline crooked landlord put a whammy on us and the state government sucked us dry as usual in taxes and fees. Ignore those (big) things and April is looking pretty good.

We're doing better than last year, which is a start. The unemployment in the area is palpable. I've got relationships with many of my customers, and they flat out can't continue in their hobby until their lives change and they get jobs. Several are planning to leave the area or move in with their parents. Regretfully, there are games that we'll no longer be carrying because of this, especially certain role-playing games that were down to just a few players/collectors. Pathfinder, Rifts, GURPS, and Serenity come to mind. Let me know if you think we're cutting something you want; we can always special order.

Big Trends. Collectible miniatures are dead for us. Put a fork in 'em. Our sales of these games are down 90% from last year. Retailers are quietly ditching these things in droves. The WoW starters are the biggest product dump I've seen in a long time. A HeroClix deal seems to be elusive. The D&D pre-paints arrived this week with a thud. Apparently getting what you paid for is not as cool as hitting the lottery. Maybe what people really need for their D&D games is monsters. It's too hard to say yet, plus it's technically not a CMG any more. Reaper pre-paints have been a disappointment, so I'm not really sure what people are looking for. Monsterpocalypse is on life support for us, although I hear it lives elsewhere. Star Wars is the shining light, but it's down from 60 cases in sales during its heyday to around 60 boosters on release day. I think the whole CMG model is preposterous in a new economy where value for money is of key importance. Then again, without that model a pre-painted mini is $3-4, and not many people are willing to pony up for those, we've found. I think the last of our AT-43 was chucked from a speeding car on the way back from Conquest Sac.

What's trending up? It's paintable miniature games, which I personally think is the best bang for your buck, and the most honest gaming experience. It's fairly immune to version changes. It requires only two players, meaning we don't see ten groups of four guys canceling their games because they can't find a fifth player (I'm in this camp now). In miniature games, you buy the box. You get the stuff shown on the box. You spend hours painting the stuff from the box. Oh yeah, and then you can use it in a game! Bonus! Afterwards, you've got cool stuff, even if the rules change. Even if you stop playing the game. You've got a record of your craft skills and if you did I decent job, you've even got resale value years afterwards. Small children think you're a god. As a store owner, I get tired of making excuses for games sometimes. I very rarely have to make an excuse for a miniature game, other than price. That usually means you recognize how cool it is, but you can't afford it.

And then there's D&D 4. This was the week I stopped having that debate. D&D 4 is alive and well. 3.5 should have done so well for us. This week marked the end of me having that discussion with the guy at the counter. I'm just not doing it anymore; I'm exhausted with this discussion. Usually that guy is buying a 4e book when he wants to make that comparison or tell me the problem with 4. It's not that I don't want to discuss 4, because I really do, but the endless comparisons to 3.x give me a headache.

We sold something like 50 copies of Arcane Power and I had that discussion half a dozen times with people buying the book. The game is out. It's doing remarkably well for us. Wizards of the Coast concurs. Organized play for 4e is tremendous. Sales of our remaining 3.5 inventory have come to a screeching halt (it's all on sale now). We no longer sell any 3.5 supplements, except on our discount shelf. 4th Edition is a good game. It's up to you to decide if it's your D&D. However, as is happening now, if you want to play D&D, increasingly those players will be playing 4th edition. After about a year of a new D&D release (coming up on us now), momentum and entropy become the sales drivers. This has happened at least three times in the last thirty years, but if it's new for you, I understand that it's still painful and confusing. I'm sorry, but the rest of us need to move on. 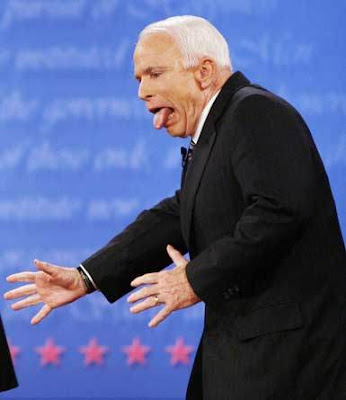