At the beginning of the year, I decided I wasn't going to budget a trip to a trade show. Most store owners don't go to shows every year, but I felt it was a great way to stay informed about the game industry. I can usually point to something I learned at a show that justified the expense in the long run, but this year I decided to focus on the bottom line, short term survival. The problem with the hobby game industry is that everyone is in their tiered silos.

Good information is hard to acquire, despite the emails, blogs, and forums. What you end up getting are press releases or the same people talking, many of whom you've heard quite enough of. The publishers have a relationship with the distributors, but not the stores. The stores relate to the distributors, but not the publishers. The distributors closely guard their own information against their crafty competitors. The same people say the same things, year after year, without much diversity or new ideas. You often end up with harsh words between the producers and sellers, with both thinking the other isn't properly doing their job, both thinking the other doesn't understand the complexities of their position. Getting insight into each others world is not only good for business, it might be necessary for industry survival.

What's needed are candid discussions. I don't need the official line, I need to know what someone would tell me if we went out for a beer. The hobby game industry is very small. You would think you could predict how it would act, but it's remarkably difficult. While publicly traded companies are legally obligated to maximize their shareholder value, usually with predictable outcomes, the hobby game industry is by nature irrational. Sure, everyone wants to make money, but they could all do it easier elsewhere. A divorce, money problems, animosity towards a competitor or the belief that "it's how it's done" can make rational people make seemingly irrational decisions. Understanding what is happening so we can make good decisions in our silos can be next to impossible unless you've got a few beer buddies in the industry. The more socially adept spend hours on the phone each week just getting an industry pulse. It's exhausting.

The good news then, is that it's becoming easier to share information, and without the expense of a trade show or hours on the phone. Social networking has been the key for me, both Twitter and Facebook. It's admittedly a lot of work, but after you decide who you want to grok information from, you can let the bits wash over you until you've got a pattern of information that answers your questions and informs your view. The technology is obviously in its infancy, and I'm guessing will be different shortly, but the benefits are undeniable for me. There's a level of information sharing, and value gleaned from those who don't even know their projecting it, that would have required many six packs to acquire. Grok is the perfect term for this too:


Grok means to understand so thoroughly that the observer becomes a part of the observed—to merge, blend, intermarry, lose identity in group experience. It means almost everything that we mean by religion, philosophy, and science—and it means as little to us (because of our Earthly assumptions) as color means to a blind man.

The key, of course, is knowing who you want to follow, friend, or otherwise grok. Hopefully they project more than the usual press releases. Most of us have personal accounts and business accounts, meaning we can market to others with one account while "being ourselves" with the other. Both are tremendously useful, I find. All of this probably sounds terribly obvious right now, but it's amazing how it has developed in such a short time. With Google Wave in development (I just set up my account!), I'm sure we'll be seeing more of this, and in increasingly usable formats. 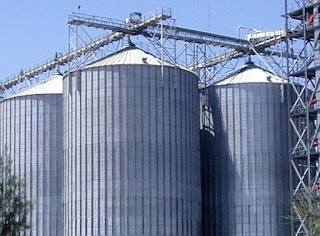