Down the Rabbit Hole

I got the news on Friday that I had a week before the San Francisco Chronicle's annual board game article would hit the web (this upcoming Sunday for the print edition). The news resulted in a flurry of activity, ranging from the creation of pretty pink flyers to a massive ordering binge. We've got a metric butt load of games arriving this week from five warehouses in four states, along with a car load of games from my Hasbro supplier (a sale at Wal-Mart). I also have some cramming to do, since I've spent the year playing 40K in lieu of board game night.

This is one of those love-hate moments in the life of Bay Area game store owners. The article brings in a huge number of new customers, ranging from potential new hobbyists (my favorite) to those who will buy whatever the Chronicle recommends (most trying). We all see this as an opportunity to develop a potential interest into a fulfilling social hobby, provided the customer shows a spark of interest.

If the spark is present, we always provide our own opinion on what they should start with, and it's usually off list. Games like Carcassonne, Wasabi, Pandemic, Ticket to Ride and the occasional Arkham Horror trump the List Du Jour. If they're buying multiple games, I'll often throw in one of my favorites, like Power Grid or (the dreaded) Tikal.

This year we'll also be recommending some new games, like Tobago and Endeavor. I just don't like Settlers of Catan personally, but mention it's the best selling game year round, and many will snap it up. What I like shouldn't matter, it should be about what the customer needs, but many can spot that spark in my eye, and appreciate the honesty and enthusiasm.

About half the customers last year were receptive to my suggestions (pleas?). The other half wanted the opinionated clerk to ring up their Chronicle games. I'm not going to "dis" the list, it's too easy and it's the proverbial hand that feeds. Honestly, there are some overlooked gems on this list each year, but the stellar performers are often missing or mis-classified (I would never sell Dominion as a gateway game). Still, it's a fantastic starting point for potential new board gamers. 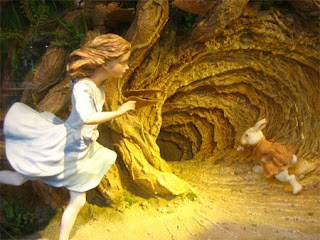