Little House on the Prairie

I was on a walk yesterday with my five year old when we got to talking about the future. When I asked him what he wanted to do when he grew up, I prefaced it with my recommendations. A doctor? A scientist? No, he said, that's too hard. I want to work at your store like you. When I first started, I had similar sentiments. An old boss of mine fantasized about running a hardware store, and it was infectious. A retail store seemed simple, like some Little House on the Prairie episode. This so-called simplicity turned out to have two problems with it. First, it was not simple. Running a retail store in the modern age is wickedly complex. Perhaps it always was. Second, it turns out I would have been horribly bored in a Little House on the Prairie episode. Slow and easy is not my style. My dream was flawed in every way. Still, there is some truth to the slowness.

Opportunity Cost. At the strategic level of this business model is the intensely slow rate at which you succeed, fail, or worst of all, linger. Back in my IT days, I could do amazing things in 18 months. I could be heroic and then leave town like a sheriff who cleaned up the Old West. In this trade, progress is measured in years, and leases are often good yardsticks, ranging from 3-5 years or longer. We're looking at extending ours soon, so this is constantly on my mind. It's one thing to take a temporary pay cut, but it's quite another to dedicate a decade or more of your life to such a pursuit, while your previous career skills grow stale and drift into your past.

Retailers tend to measure growth in single digits and it takes ages to accumulate enough capital to make a big move, like a second store. Even then, it often takes many months or years to know if your decision was correct. This is the true nature of a "lifestyle job," it's understanding that there is no light at the end of the tunnel. Your life is the tunnel. Pick a nice tunnel. There will be no IPO or buyout and you won't be making a six figure salary while you wait.  One frightening statistic is that your chance of failure in year three (once you get over that initial hump) is the same as it is in year seven or year twelve. It just doesn't get any easier. It's not all doom and gloom, however. You do get to be your own boss, surround yourself with the things you love, meet fun and interesting people and generally enjoy yourself, but the cost is high.

Hurry Up and Wait. At the tactical level, a retail store owner finds their job is back-loaded. They do a lot of research on what to buy, spend a lot of money on presentation, such as fixtures and maintenance, and when not trying to come up with ways to make more money against ever encroaching inflation (if you're not growing, you're dying), they spend time nickel and diming their expenses into submission. The garbage bill, the telephone bill, and questioning every dollar the landlord spent on painting poles is a big part of the job. Don't get me started on the pole painting. After the stage is set, the games shelved and the boxes broken down and disposed of, the customers can come in and see how effortless our jobs are. Perhaps they'll want to quit their jobs as doctors and engineers and start a game store. 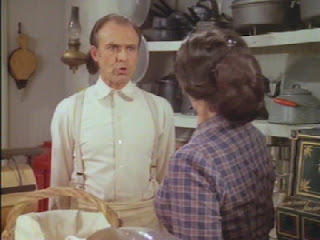