It's very easy to get into a marketing rut. Advertisers will regularly tell you the survival of your business depends on their services. The monthly bills seem like insurance policies and the efficacy of marketing is so nebulous that it's difficult to know if your money is well spent. It has a superstitious element to it, where you go through the ritual in fear of what will happen if you don't. Online marketing promised to get away from that, with metrics that are easily measured. With Facebook and Google, you pay per click. You know people are interested when they click, as opposed to impressions (views), which are nebulous and have a success rate far below half a percent.

After a year of marketing on Facebook and spending a bunch of money, I'm suspending our ads. Here's how it worked for us: It gathered over 1,400 interested parties, targeting friends of fans and those interested in our more unique offerings. It's a fantastic medium for preaching to your base, but it showed few signs of actually creating new customers. In marketing parlance, you want to find suspects (those potentially interested in your product), turn them into prospects (those likely to engage) and then into customers (fully engaged). Facebook is brilliant at informing customers and turning suspects into prospects, but it can't close the deal. It can't turn prospects into customers. It doesn't work. I don't know why. So it's one tool in the toolbox, not the holy grail of marketing.

Google, on the other hand, seems to be different. I've only been advertising on Google for a month, but the results are curious. Search terms that get clicks are not the usual Dungeons & Dragons, Magic or 40K, it's Pokemon, Yugioh and Bingo. This is good. This means we're not preaching to the base but actually attracting people who don't know who we are. Honestly, if you've played Dungeons & Dragons long term in Contra Costa County and haven't heard of us in 6 years, you're clearly on a different frequency and there's not much I can do to attract you. However, the bingo crowd consists of the general public and the Pokemon crowd is likely parents researching where to engage with their kids new hobby. I do believe we've gotten some business from this too, as our calls and sales for those top clicked items have gone up slightly.

After a couple years off, we're returning to TV commercials. One of the post-recession trends in marketing is that online advertising and TV have rebounded strongly, while other mediums have waned. That's because TV, despite being an intensely fragmented market, more or less works. What I mean is that if you're in your living room in Concord watching TV, you have your choice of Comcast, Astound, Direct TV, Dish Network, Hulu, Netflix, a legally downloaded iTunes program, an illegally downloaded bit torrent program or a TV network website. Still, rather than focusing on who won't be seeing our TV commercial, we can pretty well target tens of thousands of people who will. Our cable ad will start in February on ScyFy during prime time hours on Comcast.

The key, as I mentioned, is to avoid being superstitious, going through the motion, writing the check each month in hopes of swaying the marketing gods, but instead to keep on top of those mediums and drop them when they stop working. TV is amazing in that people will come in mentioning they saw your ad many months after it aired. There's residual value in TV, although after a couple years going dark, that wears off. So it's time to build up some good TV karma.

Also don't forget the internal marketing we do, such as our Paladin Club which is still in force with existing customers (two-thirds of our sales are logged with a club card) and other "marketing" expenses, such as having staff run various events. These things are easily 1.5% of our gross sales, far more than what most game stores spend on their entire marketing programs. 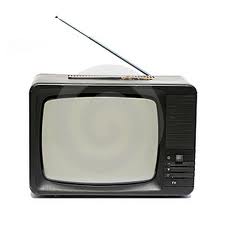