"About 50% of the human race is middle-men and they don't take kindly to being eliminated..."
--Malcolm Reynolds

The modern dilemma for all companies that don't actively produce content is how to stay relevant to consumers who increasingly believe they're an unnecessarily evil. Some in the middle go so far as to produce content, including retailers and distributors who find they can open doors, gain industry insight and have a seat at the discussion table if they make something, anything. The rest of us try to focus on what value we can add to the equation beyond a fancy bag and a smile.

When it comes to game distribution, the most obvious of middle men, distributors have been criticized for not adequately stocking product. The distributor acts as the gate keeper of the industry. There's a sense that what comes through their doors is going to have a certain level of quality and relevance that should have application to at least some stores. Occasionally they fail, but most often they get it right, despite the grumbling. Still, they suffer from the lack of information issues that retailers deal with. We're all trying to figure out the fickle whims of the end consumer, and in the game trade fickleness seems far more pronounced than elsewhere. The down side to the distribution model is that a lot of the slow selling, innovative stuff has less of a chance to get into the pipeline.

The alternative to distribution is for retailers to buy direct. I'll tell you now that you will have to be pretty special as a game designer for that to work. I might go out of my way to buy Apocalypse World direct, but I won't cross the street for Dogs in the Vineyard. Same author, same source, vastly different customer demand for a back list (older) product. There's this feeling from the manufacturers perspective that the distribution system or even IPR isn't worth the cost involved. Perhaps, but this is not the toy industry. Store owners don't have time to contact the thousands of little suppliers out there unless something special percolates to the top (like Apocalypse World). I'll also mention that Dogs in the Vineyard was the driving force to start our IPR account. Unlike the toy industry, we won't sell 50 copies of some indie product, it's more likely to be one or several. Three is a rip roaring success.

Of course the angry response to this is who tapped you on the shoulder and made you gate keeper?  That's the retailers dilemma. To stay in business we must supply our stores according to local demand. Does that mean we only buy top sellers? That would be nice. Comparing notes with another retailer this week, I noted that we sold over 750 different role-playing titles in 2010, and nearly half of those sold only one copy. It was the top 30% of those titles that performed well enough to carry the rest, meaning 70% of our RPGs are getting a free ride. If you buy RPG books from us, thank D&D and Pathfinder, even if you don't play them. This 70/30 scenario is our value as a specialty retailer and our defense against the big box stores who require a much more efficient model (they would only want the top 10% and would dump them when they dropped below that).

Perhaps big-box stores are straw men in this example. Our real challenge is the likes of Amazon and the various online discounters. How do we stay relevant despite the lower prices of online sales? We don't have the luxury of losing a billion dollars to bury our competitors over the last decade like Amazon, so here's where the thousands of dollars each month we spend on game space comes into play, money that I think best represents the higher profits of pre-Internet retail. We provide a play venue to both learn more about a game and a place to play. Some games are especially tied to new opponents, like CCGs and miniature games, while others not so much. Those not so much games, RPGs and board games, is where you hear the loudest argument against brick and mortar retailers.

I want to say that we're also an expert source of information, but it depends on what you ask. There's too much of it out there. We're a better source of logistical information. Where is that game? When is it coming out? We try for expertise, but those 750 role-playing games we sold are only about 15% of our stock. Imagine knowing all about them and then multiply that required knowledge by seven. We do our best and our emphasis is on being knowledgeable about gateway games. We should be able to tell you all day about Settlers of Catan, the 40K starter set or the D&D red box, but if you want to know the details of the latest expansion for Agricola, you probably play more board games than us and you're a better font of knowledge.

Of course, our main job, the part of retail I focus on the most, is having the stuff now. You would think this would be almost all of the job of a retailer. Perhaps in the olden days. It's an increasingly difficult task considering the fragmented gaming community and their diverse tastes. There's probably more product available now than ever before, but the Internet has skewed demand into twisted wreckage from a retailers perspective (such as the long tail, in which everything ever printed is still  available), or a wonderland from an end user perspective. This means we can't be everything to everyone, as much as we would like that; and we would like that. I regularly lament that our local tastes aren't more varied, mostly because the staff likes oddball stuff. At the same time I wish people would stop asking for that obscure stuff and settle into something more mainstream that we can get. It's the nature of this particular beast.

Still, I think we tend to be pretty good at having what most people want most of the time, with our remaining effort on enticing the others to wait for what we could get if they would show a little patience. The patience and continued patronage of our customers says it mostly works. 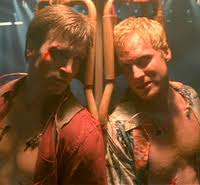