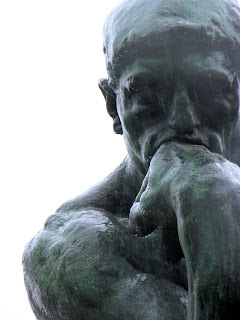 The big news for us this year is we're deciding whether we want to stay in our current location or move to a bigger one with lower costs. We've got a little less than two years left on our lease, so this is the time to start looking around if we plan to move. Some landlords can lock in leases this far in advance, if you can cut a deal, and there are a lot of eager landlords right now. We're leaning heavily towards staying in our current location, if we can get our rent locked down to something reasonable. We just haven't tapped out our existing space yet, as much as we would like to run regional events and mini conventions. Last week saw a flurry of activity on this front as it became clear we were about to commit the store for another term in one form or another. This will be finalized sometime in the next couple of months.

It's a bit like a five year term of office, one which you can't walk away from because you've got bigger plans. Starting the store was a dream job, but it was a dream based in different circumstances. My wife worked, we had no children, and my house was a retirement vehicle rather than just a place to keep my growing miniature collection. I was an oblivious DINK with a business plan. All I had to do was make the mortgage payment and I was set for life, because, you know, housing prices only go up.

The world has changed dramatically in six years, and my life has changed with it, vastly for the better overall, since I'm happy, but with some exceptions. I don't believe I need to ask the question, what do I want to do with my life, because I think that's more malleable nowadays. I do need to ask where I want to be in five years, since I'm not getting any younger. I now measure my life in how old my son will be in five years, rather than just my needs. That's eleven years old, seven years from needing to start his college education. These numbers might seem big to you, but retail is slow and predictable for the most part.

So one of the best things a stable business can do, so they say, is take time to figure out what you, the owner, wants out of all this. A lease will definitely get signed, but I'll be working on long term thinking for myself and the business in 2011. If there's two attributes I would assign myself, it's impatience and narrowly defined ambition. The impatience aspect drives me mad in retail because it's just .... so ... slow. The ambition allows me to occasionally harness my impatience and turn that nervous energy into something cool. More often than not it fails, and that's alright when it's small, and I've learned to take smaller trial and error steps to avoid making big mistakes. I'll be doing a lot of introspection this year reconciling the two. It's mostly an introspection year because we've stopped our rapid growth. We're established, profitable and stable, which for me is a big yawn.

So how to be introspective? Next week I'll be on a retreat, a mini-vacation to try to get centered. That sounds very new agey, but the business has a tendency to take over your thought processes, especially with social media marketing and a business open 100 hours a week. I was originally going to bring business books and materials with me, but instead it will be business free, with no computer, cell phone or any business distractions for four days. Just meditation, exercise, good food and soaking in hot springs. If I was a computer, I would be cleaning up my hard drive and doing a deep de-frag. It should be about as exciting as watching a hard drive de-frag, which is what I'm after.

In March I'll be at the Gama Trade Show. For me trade shows are inspirational. There are always interesting people doing interesting things, or what I'm doing, but better. I've always come away from shows brimming with new ideas and knowledge of new products that always make the shows profitable. Next year I hope to go to New York Toy Fair, to get a larger perspective on the game trade. For now, GTS is what I can afford. I think New York is the better show, but it's a no nonsense affair that's very expensive to attend if you're not local. It's a buying show, and my money would be all spent getting there.

In a perfect world I would do both of these types of refreshes on an annual basis, but I've been hunkered down with bad economy fears and my own issues. My vacations have been stressful Disneyland trips and I haven't hit a trade show in three years. If you're lucky like me, you've got your own plan for some introspection in 2011. What do you have planned?
Posted by Gary Ray at Friday, January 28, 2011