During the peak of our holiday rush in December, an unassuming guy with a clip board was in my store, trying to get my attention while I juggled a long line of customers and an order that just had to go out. He agreed to wait in line, and when he made it to the front introduced himself as being from the Department of Agriculture for the county. I gave him a blank look, the confusion taking control for a moment while my brain tried to comprehend why the hell the county has a department of agriculture and, most importantly, why its representative was standing in front of me.

The agent peered over the counter, performing a cursory examination of my point of sale system, asked about my number of bar code scanners, wondered how I had flown under his radar, took a business card and departed. Meanwhile I was seething, trying to remain patient for what was clearly an insane individual who decided to grace me with his presence. Sometimes the local thrift shop channels them in my direction. But no, he was legit.

Then yesterday the bill arrived. Sure enough, the people of California had enacted a new tax on small business. $205 in my case, including $100 for existing and $105 for having a POS system with one barcode scanner. It's like a tax on progress, only applicable to forward thinking businesses that have migrated away from the inefficiency of the cash register. Want to raise state revenue? Require retail businesses to have a point-of-sale machine or pay a $205/year fine. At least then you'll have capital investments in equipment and services that lead to jobs and more tax revenue. This is like having a tax on wearing shoes or finishing high school, or... marriage.

In any case, the form had conflicting instructions to pay within 60 days to avoid a fine, but fine dates were only 21 days out. I figured my lack of farming experience must have something to do with my confusion.

The bottom line is that politics in this state preclude tax increases and our state is tens of billions of dollars over budget. Conservatives decry tax increases while liberals won't budge on public services. This naturally results in the nickel and diming of small businesses. We don't have a union or trade group to defend us, so watch as our business fees silently rise 20%.

This is something to keep in mind when you see shuttered doors of local businesses. The government is putting the squeeze on, but ultimately it's the people who approve these measures, such as the sales tax  increase in the City of Concord. Someone is going to have to pay for all these fees. Ultimately it's you. Today it's me. 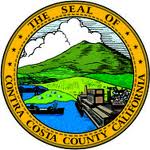