When it's a high sales season like Summer or even our six week holiday season (December through mid-January, which includes "grandma money"), there's a kind of fever that infects the brain of a game store owner. It happens gradually, like a frog in a heated pot, but eventually you're convinced that this is normal. This is how it should be. The inevitable success has finally arrived after countless hours of hard work.

The sales are high, the employees are busy and overworked, and maybe even about to crack. You're firing on all cylinders now and the processes you carefully established show their true value or shortcomings. Half a dozen endemic problems you tackle on a regular basis could be solved permanently by the proper application of cold, hard, cash. Much of that cold, hard, cash is in the till right now. Perhaps a new POS system, or new display cases, or some facilities maintenance you've been putting off, or new product lines, or all of the above. Naturally, as a business owner, especially one with aspirations, or perhaps just delusions of grandeur, you begin to think that till money is real, that more will follow until the end of days.

Your brain urges you to problem solve because the impossibility of having all those balls in the air, those half a dozen things that will never get fixed (they change and rotate), just doesn't make sense. This money does make sense. Money solves problems. Spend it now. You slip into the new normal from the usual insanity that makes up the other months of your life, times when making the store run feels like a shell game or a Ponzi scheme. If you are strong, you resist, but usually only in degrees.

Then the sales slow, the customers stop coming and the game trade stops dispensing its sweet, nourishing gravy. Weren't we promised more? You curse the trade and consider all kinds of rain dances to make it last a little longer. Suddenly marketing becomes important, customer appreciation becomes paramount, and that enormous upcoming quarterly sales tax payment slams the brakes on the spending. That kid buying the Kit Kat and a pack of card sleeves while you were putting in that $3,000 order on the phone no longer seems intolerable, but is instead your best bud. What was his name again? This is all just your brain adapting back to reality. It's the Jekyll and Hyde life we live so we don't have to work for the man, or again, if we aspire, the life we live to become the man.

It happens to me twice a year, for seven years now, but it still always takes me a little by surprise. The frog in the pot is me. You tell yourself it won't last. You tell yourself to save up for a rainy day, to pay off loans or to make those huge post-holiday invoice payments. You tell yourself maybe fix one of those six problems and see how it looks in a couple months. You tell yourself a lot of things, but you're tired, overworked, understaffed, and your people are egging you on to expand, to hire, to add inventory, to replace fixtures, even to rent more trash cans for the over sized loads of garbage you're creating (because your brain says you will always create these sized loads), and generally trying to make you successful with what you've managed to temporarily, artificially create.

It's intoxicating and feeds into your ego, because you know you could run that store. You were meant for it. That is your future. The future is now. The sense of accomplishment increases the feedback loop of ego driven delusion, and when it ends, there is some melancholy and depression. Eventually the season runs its course and you longingly wait for the next run. Maybe you'll get a chance to fix a couple more of those six problems, albeit with personal hard work, some barter and a minimum of cash, but other problems will inevitably take their place. Failed stores are often those who can't rotate them properly. Amazing store owners find ways to somehow address them all. 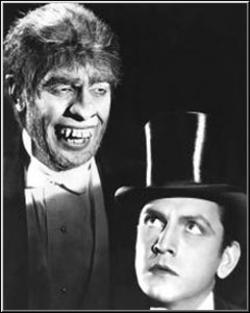