Tomorrow marks the implementation of the bit of the Dodd-Frank Wall Street Reform and Consumer Protection Act in which debit card fees are capped. At its heart is a big battle between big retail (Wal-Mart, Target,  and the like) versus big money (mega banks). In a rare moment of political weakness during the financial crisis, big retail swooped in and muscled away the big banks from the trough long enough to get congress to do something for them for a change. Despite this raw, ugly power play, the net result should be a positive, I think, provided you're not one of those people who think the rich know what's best for us as the natural masters of their domain. Let me explain.

At the technical heart of this law, debit card fees are capped at twenty four cents each. Average swipe fees are much higher than that. For example, we pay sixty five cents. Yes, you are yawning, but before you doze off, let me tell you that for a small business like mine, this is pretty big. With about 300 debit card uses a month, we save about $1,400 each year in fees. With our tiny profit margins of around 5%, we would need to sell $2,300 each month in games to come up with that level of extra profit. That's like an extra Saturday every month for us. Wouldn't you like an extra Saturday each month?

Critics will point out that banks will now be "forced" to charge consumers more for debit card use to offset their losses. If by "losses" you mean halving the profit on the $20 billion a year they make in interchange extortion, well cry me a river. They've managed to increase their profit margins from retail banking from modest levels to incredible heights over the years through various schemes, this being one. The system gradually squeezes retailers without recourse, other than to stop taking credit cards. It's a system that's so insanely profitable, especially compared to places like Europe, that they don't even implement technology to counter card fraud. It's cheaper to just suck it up while charging me a bogus fee each month to pretend I comply with make believe security. Maybe they should take fraud seriously if they want to re-coup their lost profits. But what about the consumer?

If the mega banks like Bank of America want to charge extra for debit card use, the consumer can tell the banks to suck it and move to a credit union or neighborhood bank, something I can't believe hasn't happened wholesale after the crisis of the past few years (I recommend Mechanics Bank). The big banks are not our masters and you don't have to do business with them.

So here's the good part. We're going to take billions of dollars from them and give it to main street. In my case, I've got $1,400 to spend. Do you think I'll put it in my hedge fund account? How about buying that new Ferrari I've been eying? Or perhaps I'll just add it to my portfolio where it will be thrown atop the stockpile of over a trillion dollars American corporations are sitting on, claiming economic uncertainty? Hell no.

My $1,400 will go to adding inventory from game companies, getting a few new fixtures from local manufacturers, hiring staff from the local community, or even paying myself more. As a middle class kinda guy, my personal expenses go back into the local community any way you slice it. Heck, I may even pay the banks back some of the money I owe them. So it's a win for main street and a win for you. Don't let the evil overlords tell you different. Definitely don't put up with them charging you my fees. 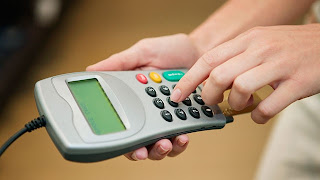