The Rainbow is the Gold

All business ventures should have an exit strategy, an end goal in which you've accomplished your objectives and are on your way, hopefully with cash in hand. So what can you expect from a game store on your exit? While many businesses might be sold for multiples of their profits, say 3-5 years, a game store is more likely to get a multiple approaching 1-2, which is often not worth the effort. Often its hard to find a buyer outside of your local competitors as most stores are a little more than "buy a job" operations, rather than a turnkey operation where the owner need not be present. I know one of my objectives is to make my "buy a job" as turn key as possible for later flexibility.

Game stores are a lot like classic cars. You can buy one and spend a fortune in time and money restoring it as your labor of love. It makes no sense, as the value of the car isn't likely to ever approach your investment. Then, when you're done, some guy swoops in and buys it for a fraction of what you put into it. Most are just relieved to put the project behind them. That's a common game store sale scenario, too. Some guy, often another store owner, swoops in and takes your store off your hands. Ideally, if you want to start a game store or expand your "empire", be that guy. However, I've seen more game stores just close up and disappear rather than bother with the hassle. You can often get more money from liquidating than selling.

So where is the value in the game store? It's clearly not at the end of the journey. If you're lucky, you work to take your profits along the way. You've built this high performance car that only you want to drive. You're constantly tuning it, listening for misfires, vibrations and other signs of inefficiency. Nobody will ever give you appropriate value for this car of yours, so you need to enjoy it while you have it. So in the case of the game store, you want to take profits when you see them while simultaneously growing the business with the objective of taking larger profits later, rather than some end goal.

It's likely you still have objectives unmet in the business and if you didn't  before, it's likely you add some to justify your new life as a retailer. The danger, I think, is spending all your money on these perpetual objectives rather than taking draws to reward yourself.

My goals involve building the business to a modest, middle class lifestyle that allows for things like a college education for my son and retirement. You would be surprised at how ambitious this requires me to be, and as I've mentioned before, the best asset one can have when owning a game store is a WWGJ (wife with a good job).

My same financial goals could be accomplished with a mediocre day job at a fraction of the struggle. However, in California, at least, such store owner objectives require multiple stores or really big stores. If you figure a modest 5% profit margin plus modest salary, you can quickly figure out what amount of money you would need to be making to qualify for something like a home loan, or the ability to save tens of thousands of dollars for major life events.

On the subjective plus side, if you can make this happen, accomplish all your life goals without a day job, you're likely a very happy person. One thing you notice when you love your job is how few people like theirs. Mondays on Facebook are often hard to stomach with all the moaning. To wake up in the morning happy to go to work while still fulfilling your financial obligations seems like something most people should be able to accomplish, but game store owners are not like most people, as you probably know. 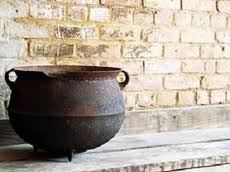