I listen to Bloomberg Radio on my commute rather than the lengthy gaming podcasts I should probably be listening to. It gives me a 30,000 foot view of the world through the eyes of finance. A big debate between economists right now is whether problematic aspects of the economy are structural or cyclical.

Cyclical problems tend to right themselves over time, if the rest of the system is in balance. Structural problems are more serious, and require more severe measures to fix them, or accepting that nothing will. For example, if unemployment is cyclical, it means the natural supply and demand forces will come back around and solve the problem and there are things we can do to nudge it along. If unemployment is structural, such as in the demand for jobs doesn't match the skills of applicants, it means those cyclical forces won't be coming around. The solution then is not to press on the usual levers to fix unemployment or (rarely) to do something more revolutionary.

Game stores and other small businesses (and your personal life) can also be divided  between structural and cyclical. For example, a bad lease or horrible staff is a structural problem. It's unlikely that these problems can be resolved by waiting for outside forces to bring improvement. In fact, one of the disqualifying factors for buying a business is often a bad lease, as it's nearly impossible to dump it and moving loses too much momentum. Staff can be fired and new staff replaced, but it won't happen by itself and requires taking big chances on new people. A bad staff is structural; losing a good employee is cyclical.

Cyclical game store problems aren't nearly as bad. Sometimes they're product slumps. For example, I was looking at Games Workshop recently, trying to determine if we (they) were having a structural problem or a cyclical problem. Most signs point to cyclical. If I was under the impression a product line had structural problems, I would be inclined to dump it. A cyclical problem can be ridden out or better yet, measures taken to to prop it up (although it's often easier to accentuate the positive).

Then there's the big picture. No, not life, which could be argued either way, depending on your beliefs, but the game trade in general. The overall running of a retail store has many structural problems. Some I've alluded to before: resistance to change, messy to manage, difficult to exit, and an industry populated primarily by people with day jobs not in the field. These structural problems create the opportunity for our businesses to survive, rather than spelling its doom, mostly because those who understand business can't be bothered with the intractable structural problems. The game trade is not where rational people choose to be; rational meaning the usual pursuit of getting a solid return of something tangible resulting from hard work.

Other game trade issues are likely cyclical, such as the distributor wars we're seeing now with various exclusives, the edition wars in role-playing, the struggle to find and settle on affordable raw materials in the miniatures trade, the fad in deck building games and the enormous boom in collectible card games. Identifying these things as cyclical prevents you from making big decisions that will likely end poorly, like starting a card shop or building a community around a fad.

One thing to watch out for is how people use these labels to get desired results. Declaring something structural (even when they don't use that language) is a great way to avoid having to fix something. My employees sometimes want to declare problems structural. Declaring something erroneously cyclical can allow you to delude yourself into thinking things will get better with time or more effort. Often more complex problems can be a combination of both. Properly defining a problem as structural or cyclical can be as important as the subsequent action you take to resolve it.  That said, declaring in your mind a problem is one type or another can help you form the resolve to solve the problem, whether it be "wait and see," better promotion or walking away from a terminally structural problem. 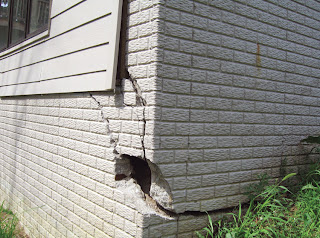