When Games Workshop's stock price fell 25% this week, my first reaction was "Good!"

It's not a "good" that comes from hate, or glee, it's a response to a wayward sibling. It's like my brother was just arrested for narcotics possession after years of self abuse and broken trust. Maybe now he'll see the light. Maybe now he'll stop abusing himself and those who love him. You don't expect your wayward brother to become a saint, you just hope his self destructive actions will abate for a time, and perhaps he'll mature with age and time to think.

The analogy is spot on, when you think about it. If you're going to be in the game trade, if you're going to deal with these people every year for the rest of your working life, you can't slam a lot of doors. You can't say, "Games Workshop, you're a bad company and I won't ever deal with you again!" Games Workshop is your brother. The family is incredibly dysfunctional, but it's the only family you have, unless you want to sell doll houses or sporting goods. So any glee at the downfall of a fallen relative is best reserved for the hope they'll change bad behavior.

Speaking of change, here's a quote to ponder from the same day:


When you see a stock down 30% in a single day you don't necessarily rush to buy it," warns Brian Sozzi, CEO and chief equities strategist at Belus Capital Advisors. "The market is trying to tell you something and you should listen.

No, it's not Games Workshop, it's an article about Best Buy, but there's a lesson there. When your stockholders flee, they're trying to tell you something. Whatever your response is, whatever you think your problem might be, the market isn't buying what you're selling.


Granted, Best Buy's management remains confident about its strategy, as do a number of analysts. But until Best Buy can prove it is on the right track, investors should steer clear.

This is your broader family not exactly in a hurry to chip in bail money for wayward brother, who is clearly on a path to self destruction. A company with strong leadership needs to address the concerns of their stake holders, and like Best Buy, the Games Workshop restructuring is not giving those people hope they'll change. Their strategy to me sounds like rearranging the deck chairs on the Titanic, rather than avoiding hitting yet another ice berg.

I could tell you why I think Games Workshop is on a path to self destruction and it's basically pricing. They raised their prices beyond the means of their clientele, and then the next year, they raised them again to where most of our customers can no longer afford the game. That means retailers like me start clearancing out dead inventory, which reduces my sales, which eventually leads to more price increases, more clearances, and suddenly my full line 40K inventory is a more "core plus" strategy of stuff I have to have and some new things.

It's not a zero sum game though (well, actually it's exactly a zero sum game), and we've successfully transitioned our resources to my other brother up in Seattle.  I don't wish bad things on Games Workshop, but I know from experience, that brother only comes to positive realizations when he's spent some time in the slammer. Don't let the opportunity pass you by, my brother. 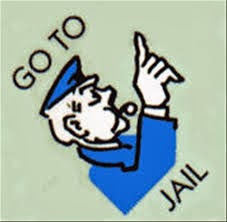