THE SETUP: Joe is a game store owner with 30 days of cash left before he has to close his store for good. He started The Angry Space Marine three years ago, after a career in finance. Joe thought he could run a game store better than his competitors, but he soon grew bored. He claims to hate managing people and spends his time playing 40K in the back room.

His manager, Cindy, is untrained, loves board games and is good with the customers, but Joe often argues with her and won't let her make decisions. Joe hired her so he could have more fun playing 40K.

The inventory is decent, thanks to Cindy's recommendations, but there's a big problem with the 40K inventory. Joe has five of every 40K model in production, because he "doesn't want to be out," despite 40K sales flagging, likely due to poor customer service and Joe hogging the tables in the back. Joe was smart enough to get a good property lease, a common deal breaker that prevents a turn around and he's on good terms with all his distributors, thanks to smart money management. He went deep into debt to do this, and he's at the end of his credit limits.

ENTER BOB Meeples, game store expert. Bob talks to Joe. Joe blames everyone for not doing their job. Bob yells at Joe for a while for not manning up, asking him if he wants to run a store or play games. Bob can't seem to decide. Bob reads Joe all his bad Yelp review and Joe responds angrily, telling Bob his opinion of Yelp. Joe blames Cindy, his manager, for not running the store properly.

Cindy, the manager, talks too long with the customers and tends to take a copy of each new board game home to learn to play it. Bob intervenes, tells Cindy not to talk to customers for so long and informs her she can't play every game in the store. Cindy gets angry, insults Bob's hat, and storms out. Other staff continue to mope about, talk down to customers, and act confused about what to do. Employee Steve tells a customer his game is stupid in front of Bob and Bob yells at him for this after the customer leaves.

THE TURNAROUND: Bob calls a meeting for everyone the next morning. Steve doesn't show, but everyone else is there bright and early. Bob teaches them how to greet customers, suggestive sell to be helpful (Joe argues it's deceptive, but is taught how he's wrong), how to effectively shew away friends who waste their time, and how much more enjoyable the day can be when everyone knows what they're doing and customers are happy.

Joe is hating every minute of this training and can't understand why he has to be nice to customers. HE'S got the games. They should be nice to him! Cindy is rising to the occasion and is nailing customer service. She's good at it and just needed a little direction. Steve shows up as training is ending and Bob fires him. Steve storms out in a stream of profanity. Joe is upset because Steve was his 40K buddy. 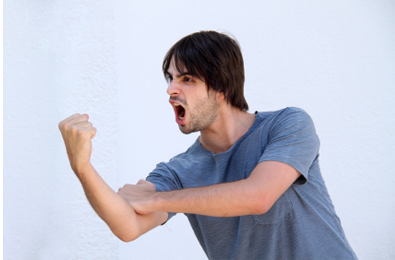 THE SOLUTION: Bob Meeples has a heart to heart with Joe and convinces him to step aside and let Cindy manage the store, giving her the power to make important decisions, including purchasing and staffing. Bob shows Cindy the new shrink wrap machine, so she can open any game she wants to read the rules or show to customers.

Bob then shows Cindy the inventory changes, with most of the 40K overstock gone, traded to a new store, and the money used to increase the board game and CCG inventory, areas of growth starved for cash by Joe. How does Bob know this?

Bob reveals the fancy new Point of Sale Machine. Joe's cash register and notepad scheme wasn't cutting it.  Bob shows some fancy reports showing the store was losing sales because turns were too high in board games and CCGs. He also shows how their cost of goods was 75% thanks to Cindy's taking home of product. Their target is now 55%, which they'll track daily with the POS. Joe gets annoyed, saying that if he wanted to crunch numbers, he would have stayed in finance.

Finally, the new sign is revealed, with the new business name Space For Games, with a sci fi theme that attempts to emphasize community and inclusion. Joe is fuming, but says nothing.

Joe goes back to work part-time in finance and spends half his day in the back playing 40K. Cindy shines. And in a ridiculous twist, Joe makes Cindy hire back Steve, whose still an asshat, but Cindy finds a use for him away from customers. Their sales are up 20% and their expenses are way down thanks to Joe not drawing a paycheck and Cindy not taking home product. Joe swears he'll change the name back when he can save up enough money for a new sign.
Posted by Gary Ray at Sunday, January 12, 2014