California passed SB270 Saturday banning single use plastic bags and requiring the sale of paper bags (if customers want them). Unless it's vetoed, the statewide ban will go into effect July 1st of 2015. In the Bay Area, many cities have passed similar ordinances, although Concord is not one of them. The bill is aimed clearly at grocery stores and pharmacies, other stores may also voluntarily participate (Section 1, Chapter 5.3, Article 1, G:5).

By voluntarily complying, we would stop using plastic bags and charge ten cents for a paper one. I'm not sure we'll actually sign up, mostly because the bill uses such fun government words as irrevocably, imposed and comply. The bill also makes the mistake (I think) of requiring cumbersome tracking of how that ten cent per bag is used. That was dumb. So we probably won't sign up, but we will stop using plastic bags. When our current supply of bags is gone, we'll switch to paper.

What do I think of the law? I spent $1,089 on 7,500 bags (5,500 plastic, 2,000 paper) over the last year. Over 10 billion plastic bags are used in California each year, according to some numbers, and many end up in landfills or in the ocean. From a business perspective, what's not to like? I save an extra $91 a month if bags were to suddenly fall off my books while making the world a better place.

From a personal perspective, I'm not a big fan of government behavior modification programs. I'm not a big fan of the upcoming (regressive) gas tax that will disproportionately hurt the poor. Personally, I would like to see more stability from year to year, and between the federal and state government, we're not getting that. There's far too much cheese moving behavior. I do believe in man made climate change and the need to protect the environment, and perhaps we don't have the luxury for slower change. But slower change would be nice.

The plastic bag savings will theoretically offset another change we're about to implement. One of the most profitable items in our store is bottled water, with profits about equal to our plastic bag expense each month. Bottled water is incredibly wasteful and is another major trash problem. Our eventual expansion will add two drinking fountains, one on each level, which I expect, from talking with other stores with updated building standards, will greatly reduce the amount of bottled water we sell.

Meanwhile, we're experimenting with carrying totes. One of our Kickstarter rewards is a custom tote, which we'll have for backers at the end of the month. We'll evaluate the totes and likely sell something similar in-store, giving customers one more option for carrying out their shiny new games. The ideal tote will be inexpensive (sold at cost), branded with our logo, and will carry a few good sized board games. If you're a store owner with a successful tote implementation, please share your experience.

We'll still carry paper bags. We'll give them out for free for the next year or so. Then we'll revisit this law and see how we want to proceed with charging customers ten cents for them. If everyone just switches from plastic to paper, there's really not much of a savings. 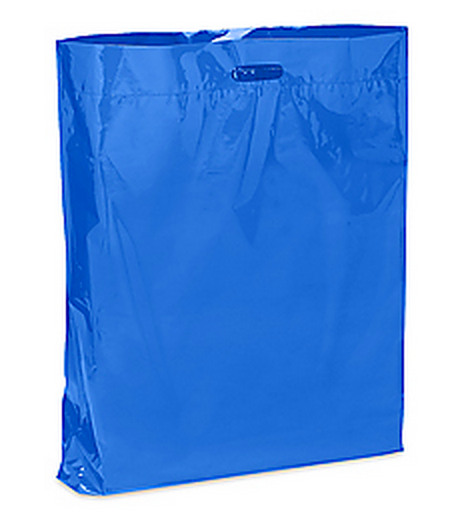