American Religion and the Shepherd (Tradecraft)

I was searching for a dead chick in my chicken coop yesterday, not a pleasant task, and was thinking about the religion of America. It's Capitalism of course, but I was thinking about its brutality and how that brutality is whole heartedly accepted by its worshippers, the American people, both conservatives and liberals.

After being pecked to death, the chick ended up flattened under foot by the flock, intentionally buried in debris and forgotten, a victim of the literal pecking order. Survival of the Fittest is the core doctrine of American capitalism, and it's believed those trampled under foot are deserving of their failure.

Conservatives want unfettered capitalism, while liberals are happy to fetter away for the good of the people, but both groups agree that if you can't cut it under the Capitalist system, your business deserves to die. How you survive is part of the Mystery of the system, but how you die is all on you and your personal shortcomings. There is forgiveness, in the form of a liberal bankruptcy system, but they don't have compassion for failure. What can you do to become successful in such an inherently violent system?

Be the shepherd. Be the shepherd for these very people who will show no remorse if you fail to lead them. You can't win fighting fire with fire. It's difficult to be the shepherd when consumers are so mercenary, but it's essential for breaking down barriers between you and them. A shepherd doesn't scold the flock with "no" signs and needless restrictions, they instead guide the flock.

Far too many small businesses think they can bully customers into behaving in a beneficial way. There are the obvious ones who pick fights with the Internet. There are soup nazi comic book stores that restrict customer access to serious collectors. My big competitor when I was a small shop was known for telling customers their game was stupid, because it didn't align with the clerks interests. The consumer universe is vast and the choices are many. You cannot win through force.

Customers want to get past the violence inherent in the system (to paraphrase Monty Python). They seek connection. They want to believe. Knowledgeable staff should shepherd them through the valley of economic darkness. It's not as hard as it sounds. Being shepherded is the role customers want to play, but they have to be given the opportunity.

I'm not calling customers sheep, I'm addressing consumer psychology. There is a small, but sizable percentage of consumers that are highly analytical and dread human connection, mostly shopping online for optimal benefit and minimal contact. Those are not the customers I'm talking about.

The base for a game store is the casual gamer, the person just starting out who needs assistance in understanding why the hell you need both the 5-6 player expansion for the base game and the 5-6 player expansion for the base game expansion. How can this madness have continued through four editions? These are the existential questions only a shepherd can answer. You must guide them them through this darkness.

It's easy to get caught up in your business model, to work on your core competencies, especially when most of business success is about the decisions you don't make. But when it comes to customers, take a step back and listen. I know a lot of the listening involves a staggering amount of dumb. It's something inherent in the human condition nobody can possibly comprehend until they work retail. We are ground zero for the human condition, where desire meets stupidity. However, most customers have legitimate needs that we're not addressing. Flatten the pecking order. Get out from behind the counter and come down to their level. Be the shepherd. 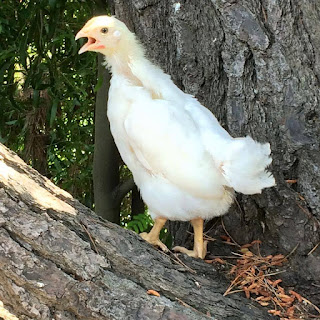