Now that the holidays are officially over, it's time to divert myself once again. My D&D game starts up again on Sunday. We usually take about six weeks off for the holidays, and like an idiot, I started the Thunderspire Labyrinth campaign the week before we stopped. 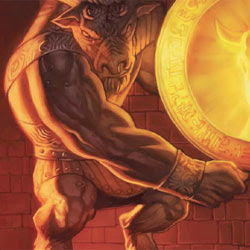 I love urban campaigns. There's just so much to do and anything can happen at any time. The "send in the ninjas" tactic to get the action going actually makes sense in a town or city. The options, plot points and intrigues are endless. Thunderspire is like this. There is a linear adventure, in case the party is especially on task or simply lacks imagination, and there are a variety of side adventures. The web support for this product is unparalleled too, covering several important locations that the authors tell you, in the main text, are your responsibility.

The problem I have with this adventure is the problem I have with 4E, the mechanics for quests; they always seem so video gamish. I need to figure out how to role-play these better. "You just talked to the orc merchant about his missing sandwich. He offers you a gold piece for it's return and an extra silver if you happen to find mustard in the ancient crypts of the sandwich gods below the city." Do this four times in the first hour of exploration and it becomes silly. I'll work it out. 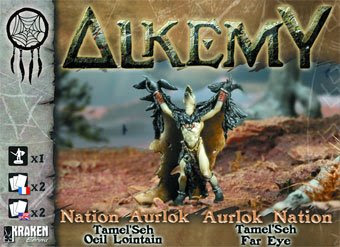 I've got painting fatigue and have no interest in painting my last five imperial guardsmen for a game format I'm not likely to play anytime soon. Instead, the Aurlok Nation calls to me from Alkemy. I like the Alkemy miniatures and the skirmish level game play intriques me. My favorite GW game is Mordheim, although I think the rules are pretty broken. ACD Distribution, my primary distributor, just picked up Alkemy, and at a standard discount. As a store owner, it's counter productive to try to push a game that has a low margin and is difficult to stock. This move by ACD solves those problems, which means my professional psychological impediment to getting into this game was just removed. I'll likely paint up my box next week. 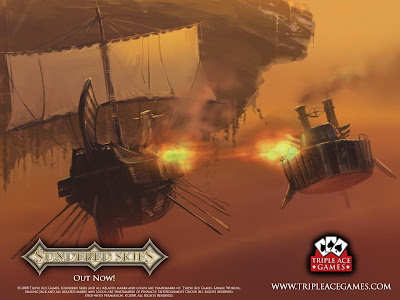 Every once in a while, as a store owner I'll buy something for the store with the intention of buying one myself if nobody else does. Sundered Skies is a campaign setting for Savage Worlds. I over-ordered and six months later, sure enough, one went home with me. The premise is that the world has been destroyed, literally blown up into a million pieces. There are island outposts of civilization and a powerful trade organization that rules the skies. Pirates ply the trade routes and low level wars and intrigues continue in the shadows. The players are thrust into this setting as explorers or traders. I've only read the first couple of chapters, but it feels like fantasy Traveller. It reminds me a lot of Firefly.

I especially like the idea of this setting because I ran a eight year D&D campaign on the astral plane. The astral plane is a place of thought: timeless, ageless, and entirely impossible to play long term without coming up with some good explanations. Can you have children? Can you brew beer? What about the yeast????!!! Sundered Skies does a fine job of tying up the loose ends of how you live in a place that essentially can't support life. They cover food production, why the Reaver-type folks on the edge go nuts, and various mechanics that show this setting was fully play tested. I will likely never play in this setting, but I'm enjoying the read. There's one copy left in the store on-sale and there are a ton of PDF products for it, many for free.
Posted by Gary Ray at Saturday, January 10, 2009