Our 40K store campaign ended last night. It will start up again on the 28th. Below are some photos of my game, in which I learned you can be completely stymied by an entirely defensive army. They can't win, but they can't lose.

Giving up Al-Raheim and his outflanking has made the game a lot more fun. I have several fast attack units that allow me to be aggressive on turn one. The two melta vet squads in chimeras are obvious winners, but the special weapon squad with demo charges in the vendetta is the exciting wild card. Will they get to the target? Will they blow themselves or their comrades up in the blast? Will they distract from the really dangerous weaponry I'm aiming at my opponent? I'm adding ratlings at 1500 points, another low cost, fun unit that should be an additional distraction. 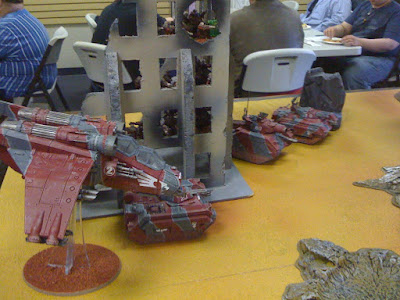 Ready to strike on turn one. 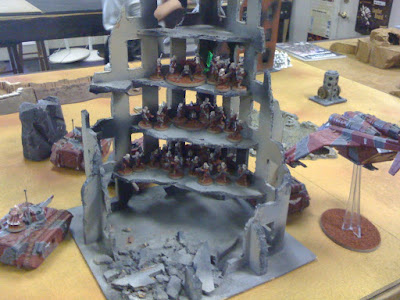 Learned about the problem with objectives in tall buildings. Tedious and Dumb. 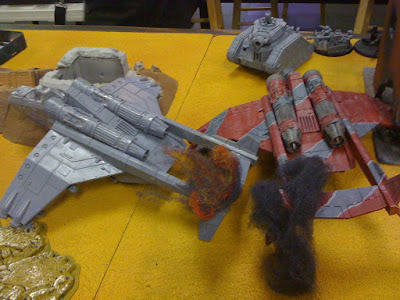 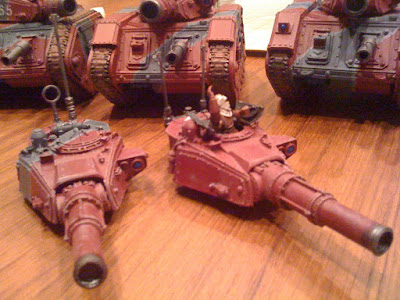