It's not uncommon for someone to walk in off the street, marvel at what we have in the store, and then comment that their grandson or child would just love this store. In other words, the store is not for them, adult that they are; it's for kids. We'll also get marketing folks in the store that want to emphasize our toys and childrens games, at least until I inform them our average customer age is around 25. What they don't understand is that games are traditionally for adults. It's only through the marketing efforts of corporate giants like Hasbro that games have become something that children play; and then they lost even that when computer games took the stage. Go back a bit further and you discover that games were made for kings and emperors. Games are very special tools that teach abstract and critical thinking to those who need to think that way. Nowadays, that's all of us.

This gets to the heart of how I feel about games. They are special, maybe even a slight hint of "eliteness." They allow you to abstract reality and manipulate the universe to your own designs. For children, this is an enormously useful educational experience, and one they direct, not their parents or teachers. Along the way, games provide life skills that never leave you. I credit my role-playing with getting me on a college track and improving my reading comprehension (and my vocabulary). The true benefit was in visualizing a world that I wanted and making that happen. The act of completing a miniature army for a teenager, for example, is akin to the primary value of my college education: how to stick with something and get it done. Even kids who don't want the heavy reading of role-playing games can learn to follow directions and become handy with the average miniature game. So games have traditionally been for adults, those deemed most in need of higher level skills, but if you allow your kids to engage with them, I personally feel they're on a royal road to success.

Getting started is the hard part. If you value education as a parent, it will show with your kids. It can't not. The same is true with games. If you play games, especially when children are younger, chances are they'll want to play them too. My son loves to paint miniatures. Granted, he's four and he paints the same one over and over again, but he enjoys it because he does it with me. He's also a very good role-player, able to effortlessly slay dragons and open treasure chests. All treasure chests contain toys, in case you were wondering. He'll sit next to me in bed and narrate what's happening on a map. When we go to restaurants, I'll roll up straw wrappers and he'll want to know what's written on the treasure map.

At the same time, I like board games, but don't play them at home, so breaking out a board game rarely works with him. To him, a board game is an alien thing that looks like work, since he doesn't see me enjoying them at home. I'm afraid this happens sometimes to parents who buy our board games after talking with us. "That guy at the store sad this was a great game, but little Johnny only wants to play Playstation."

Getting kids into games then, is a family affair that requires parents to be engaged, and to place value on games higher than other pursuits (like video games and television). After a while, games become natural and they ask to play these games or happily drag their siblings and friends into them. When was the last time you saw an ad for Euro board games or Dungeons & Dragons? 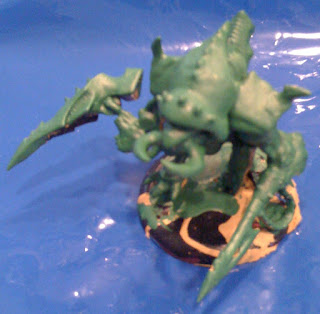