Our Kickstarter went live over the weekend!

I'm regularly disappointed not to find retailer support levels on game Kickstarter projects. Yes, I know I talk about how it makes no sense for retailers to support Kickstarter projects, but it's no secret that hasn't stopped me. In fact, I just did a podcast on this recently that you can listen to.

That disappointment has translated into more inclusiveness in our own project. Besides having tiers for customers, we have tiers for other retailers, as well as publishers and distributors. If you wanted to sponsor us as a local business not game related, who am I to argue? We live in a world of pet store stadiums, so why would I turn down the auto body shop down the street? This post is about why it makes sense for your business to support us. Not just because you like us, but because it's a good value.

Is it a good deal? I don't expect companies to take my word for it. That's not how you justify your advertising budget. You want numbers. I can do that. Granted, numbers in this case will be a case of bistro math, but having published a magazine in the past, believe me, they're not any worse than what they're telling you.

Here's how it works. My annual sales, divided by average transaction, gives me my "circulation" of 44,500. Originally we were going to put our Wall of Knighthood in the game center, but only 20% of our customers use that service. That would reduce our circulation number to 8,900, which is not a good deal for you. So instead, our Wall of Knighthood will be in our retail space for everyone to see.

What about repeat customers you say? That's alright. Magazine circulation numbers are monthly, which means there's a big overlap in eyeballs. The issue of whether people actually look at such things, again, some do and some don't, is also level. Considering we'll likely have fewer advertisers, I could make the claim a business name or poster on our wall gets more attention. 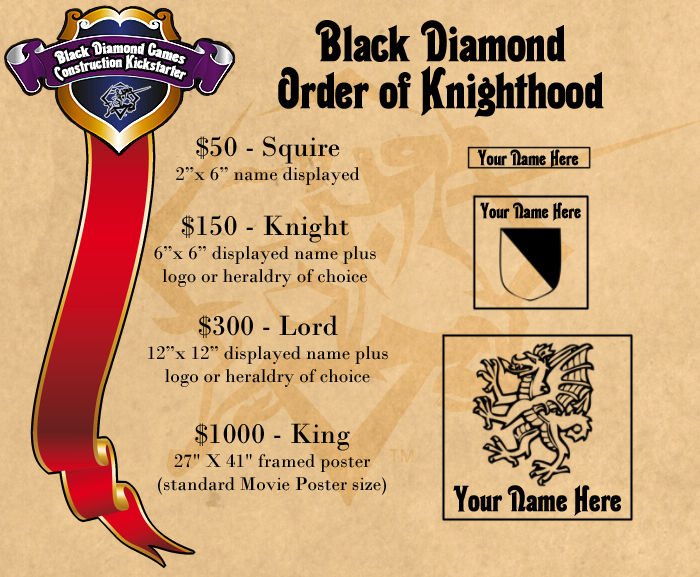 Lets compare our number to modern advertising costs. This site shows "cost per impression" of various media sources, including my favorite because of it's cost effectiveness, Facebook. I've made a table so you can compare:

So there you have it, three of our four Order of Knighthood tiers are more cost effective than Facebook. The King level, I would argue, is worth more because of the giant poster. Again, bistro math. If you like us, show 44,500 gamers your company cares.