We're planning to launch the expansion Kickstarter on May 18th. Right now we're performing an exhaustive review of what we've got planned. The video is finished and it's pretty amazing, far exceeding my expectations thanks to out director Thomas Perry and our volunteers and staff. This post is more about how we came to the decision to do the project.

Early last year I lamented that I wanted to do the expansion, but there were so many other projects that needed doing. A business like ours suffers from severe entropy. Everything breaks and eventually needs replacing and if you're around long enough, you'll have to fix it, including doors, toilets, computers, air conditioning systems; everything. Our 2013 project was to fix all those things, including various process problems that seemed to avoid fixes.

We had started having regular management meetings and were already knocking off the small items from our list of things to fix, things overlooked when a staff, mostly part time, only sees each other in passing and doesn't actually work together. The big project was replacing the point of sale system and the fixtures around it. We began that project in the Spring and it took months of pain before I felt comfortable with the new system, something I wrote about extensively. So with the big projects and even all the small projects complete, and the store at peak efficiency and profits, there were no more excuses not to proceed with the game center expansion.

I already knew who would build it, since my brother is a contractor. He told me to find an architect first, you know, as a formality. So in the Fall I found architects willing to work with us, a feat in itself, and began that dialogue. That involved a thorough investigation of the space by the architects and a mechanical engineer before we could come up with concept drawings, which you've probably seen many times at this point. We've since added an electrical engineer and a lighting consultant to the team. 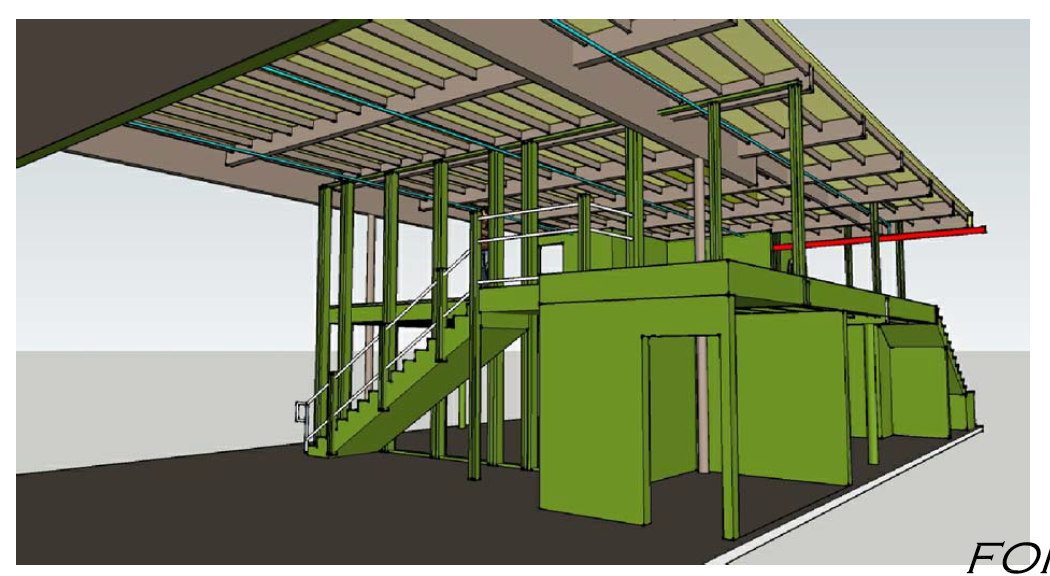 With drawings in hand, the architects worked with the city to make sure we could classify the space according to the various commercial space types and building codes, which then informed a bunch of design decisions, like bathroom capacity, room capacity, air conditioning load, stair ways, ADA considerations, and a host of other issues. It was a complex process that had a lot of potential pitfalls, but eventually we threaded that needle. At one point, we considered a plan that would require the store to be closed while the game center was being used. Thankfully, we found an alternative.

From concept drawings, we gave the go ahead to move forward with the permitted plans for the design, a very expensive process involving even more consultants and weeks of architect time. In fact, my initial estimate of what the entire thing would cost is pretty much just what we're paying architects. It's wildly expensive, but entirely above board, to code, with no corners cut, which should make construction run much smoother than other projects I've witnessed.

Some of the customer concerns with the actual build out have concerned ceiling heights (we have 21 feet of overall space), air conditioning load, lighting, and restrooms. Although the final plans are in development, there are surprisingly few choices for us to make in these regards. The codes pretty much define all of these issues. You don't get to have low ceilings, under performing air conditioning, poor lighting and inadequate restrooms, even as an oversight.
Posted by Gary Ray at Monday, May 12, 2014