Another Game Store Rescue Blog Post topic is How To Effectively Sell Pathfinder. I have written about this pretty extensively already, and I've even given a talk at the Gama Trade Show, but I've got more observations to make about how to successfully carry this line.  (begin gloat) By the way, I was totally right about this stuff in 2011. (end gloat)

There are two key factors in selling Pathfinder. The first is pretty obvious, it's community. You can't sell a line if you don't have a customer base asking for it. Perhaps you don't really do RPGs, or perhaps you embraced Dungeons & Dragons really hard, instead of Pathfinder. In that second case, you're probably going to be embracing D&D Next and all its third party accessories in the coming months and you probably aren't too concerned about this topic.

Developing that Pathfinder community, running Pathfinder Society organized play, and being an impartial "arms dealer" of role playing games is key to getting customers to engage in the Pathfinder system. If your customer and staff don't care, then move on to the next thing. I'll also mention I believe in a Pathfinder 2.0. I have no proof or inside knowledge of such a thing, but I think it's coming and the Pathfinder Unchained announcement for April 2015 is about playing around with the idea.

The second factor is top of mind awareness. This has become painfully apparent lately and also applies to Games Workshop and their flagship game, Warhammer 40K. When the publisher competes with retailers, you must compete right back at an equal level. GW has been actively trying to siphon customers from their "partner" stores onto their website for direct sales. It's no longer a question of whether but how much they do this. They do it with new product offerings, along with pulling back product from brick and mortar retailers. I'll explain why this works for Paizo while it's problematic with GW.

Paizo has very few Pathfinder products that are either exclusive or limited, although the most obvious elephant in the room is the PDF of all their print products. However, as we now know about PDF products, they are different iterations of products, rather than replacements. You want one or the other and occasionally both, but they are different value propositions for the customer, used in different ways. Paizo also has a very good online store extremely focused on making the Pathfinder RPG experience the best it can be, chock full of accessories many of which, I jealously note, they exclusively sell. This is your competition.

When I sell Pathfinder, the Paizo store is in my competitive sights. It's not the guy down the street or Amazon, it's Paizo itself. I'll also admit I'm a bit jealous of Paizo as the company is about as perfect an expression of what they do as I can imagine. I'm a Paizo apologist, if you haven't noticed. I know their history and how they came about in their current form. The online store, the subscription model, and the direct competition against D&D with their "own" system was a desperate and brilliant attempt to save a business after Wizards of the Coast cut them off at the knees. It's a fascinating business case.

When I say compete right back, what I mean is you must carry the full line. You do this because of what's known as top of mind awareness marketing. When a customer thinks of buying a Pathfinder product, they must think of you, every time, even before they think of Paizo. That means you must stock the full line, and with popular products, which really only include hardcovers and a few accessories, you should stock deep and never be out of stock.

If you don't have top of mind awareness, you begin to lose the whole pie. In other words, Paizo will have top of mind awareness and they'll get the bulk of your sales, since they're a one stop shop. Paizo, by the way, is very happy with you competing in this fashion, since it does seem to grow their overall pie quite nicely. Also, here's the key, by Paizo not carrying exclusives (PDFs excluded), they foster this local top of mind strategy.

Games Workshop, however, undermines top of mind for local stores. They do this through exclusive products you can only buy direct. They do it by limiting trade product availability while still selling it on their website. They do it by driving pre-orders to their website to grab early sales. They do it by offering discounts and sales with online purchases. You can try to implement Top of Mind with Games Workshop, and I did it for years successfully, even carrying Forge World and direct items, but when a company undermines your attempts through bypassing your sales channel, there's not much you can do. Many stores are starting to drop them right now, at least until their current management team realizes their blunder or they're gone (I give it a 50/50 chance of either).

The down side to this Top of Mind, full line strategy is it's brittle. It's brittle in that it ignores performance metrics in exchange for higher gross sales. You must accept your one turn books or models in order to get your 50 turn core rulebook or starter set. You can't afford to do this with every game, so you need to pick your winner in each category to try this out. Just make sure the publisher isn't undermining this effort by competing unfairly. As a side note, when I describe this to other people in the business world, they consider this the most underhanded bullshit they've ever heard.

When this strategy stops working, when the turns are just too low to justify the line any more (this has happened with D&D 4, Flames of War, 40K and quite a few RPG systems with me), the strategy simply breaks. The line loses what I refer to with my staff as "immunity," and the line quickly disappears in my store, either entirely or down to a "core" set of products (AKA, circling the drain). When you're competing against the publisher, core is not enough, so it's really a "zombie" game at that point, a place holder until something happens to change the situation. 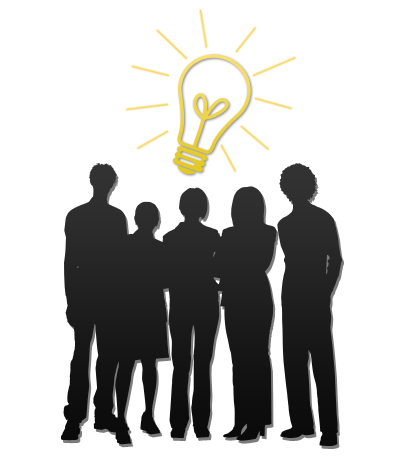