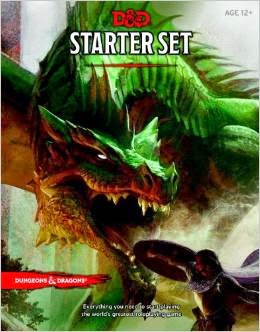 The First Law of Marketing is the Law of Leadership. Once you're the leader in a mature market, you take the majority market share and find yourself in an unassailable position. Your competitors fight over the fragments of what's left, leaving you sitting pretty at the top. Opportunities come to you.

Market share leadership includes such companies as Microsoft (Windows), Apple (mobile music devices) and Facebook. Your position is safe enough that you can experiment and break your model on occasion, provided you come back to it later. You have permission to make mistakes, whereas your competitors don't. It strengthens your position as you innovate.

That's the traditional marketing theory anyway. What would happen if Windows went open source? If Facebook opened up their code so anyone could make a mini Facebook walled garden? What if the iPod was a software platform and not hardware dependent? What if anyone could make a version of Dungeons & Dragons? What if one of those iterations was better than the original?

That's where we stand right now with Dungeons & Dragons 5th Edition. Pathfinder owns the market, and worse for Wizards of the Coast, has co-opted the brand. Dungeons & Dragons equals Pathfinder in the mind of the consumers that matter, the alpha customers. In this unfathomable situation, you have two options. For a smaller company, they would be looking at option one, law 10 of marketing, the Law of Division.

This is not a very good Wizards of the Coast strategy for role playing games, as the RPG market is already too fragmented, too divided. It's almost like everyone has one of those soda making machines at home and no longer needs to buy Coke. There are enough role playing games available right now that I sometimes wonder if they exceed the number of interested players. A quick look at the Ennie nominees this year reveals that some key categories have 60% of the products available direct only or through Kickstarter. I expect that to continue and deepen. No corporation can survive on the scraps of the RPG world. The Law of Division is an opportunity if you're a bathrobe publisher, but not a viable strategy for a 7 billion dollar corporation.

Instead, Wizards of the Coast and Dungeons & Dragons must put the genie back in the bottle. They must press the undo button on their open source blunder. The blunder really, was not following through accepting the genie was out, but that's another story. What WOTC must do is take back their position as market leader. Here's the thing, according to the marketing laws, it can't be done. However, since they shouldn't have been able to lose their position in the first place, the rules have changed. Perhaps there is hope. Perhaps the new rules allow genies to go back in bottles. Perhaps they can create a magic funnel.

How do you do that? You don't brute force this. You don't step in as the 500 pound gorilla, of which they are, and assert your dominance. You can do this if you don't believe what I'm saying. If you don't believe in the rules of marketing, then by all means, say you were on a break. Launch your game with a massive, traditional marketing campaign. But what if you're wrong? If you're wrong, you fail spectacularly. You fail so badly people remember your name and study you in business school.

Oh no, you must play the underdog. You work it subtle. You work harder. You take careful steps and put all your energy behind smart strategies. If you're big and trying to play the underdog, you can accomplish even more. If genies go back in bottles, it's this way. It's a slow coaxing.

Everyone loves the underdog. Americans especially love underdogs and Dungeons & Dragons is quintessentially American. Go read Guy Kawasaki's, How to Drive Your Competition Crazy and you'll learn underdog strategy. It works for game stores and it definitely will work for a multi billion dollar corporation. You cannot be a 500 pound gorilla beating up on the little guy. People will hate you on principle. So you position yourself as the underdog. You set your sights on bigger competitors to show you're just the little guy, the plucky underdog. You slowly peel that Dungeons & Dragons brand label off your competitors product while everyone admires your pluck. You carefully put it on your bottle.

This leads to what I think is the brilliant yet predictable Dungeons & Dragons 5th Edition roll out approach. It's subtle, underdog marketing strategy. It's such an underdog, it's so grass roots, it lacks even a name. Is it D&D Next? 5.0? 5th Edition? Nope. Just D&D. It's the Just D&D Edition. It's the promise of a clean edition without splat books, without adventures written in house by monkeys. It's the promise of a slow roll out of core only product while embracing the Internet age with free online content. No need for bombastic self promotion. We're the little guy, the underdog. Come check us out.