I was mentioning to someone in the game industry today that one of the biggest problems a store owner has is figuring out how to sell to customers. What do they want? We simply don't know, and worse, aren't in the loop when their demand is eventually satisfied. We've got this conceit that we sell games, you buy games from us, therefore, all your games are bought from us. It's so not true. What we desperately seek is the equivalent of little bubbles over peoples heads as they walk in the door, listing the games they've bought.

Sometimes we get a glimpse of these little bubbles if we get to know our customers well enough. They play games away from the store with titles we don't carry, or get them before our release date. We'll sell a half dozen of a $100 starter game, and then sell twenty $30 expansions. There is a retail escape valve that opens up called the Internet when an item is perceived to be too expensive. We also forget that we just can't carry everything and, in fact, often hint that the customer should just go buy that obscure thing where they saw it. At the same time, we push special orders, hoping and praying we can get the biggest chunk of their entertainment budget. It's a strange high wire act.

At the end of the day, we're lucky to get glimpses of what's going on, and occasionally we will figure out why something doesn't sell or why they don't by from us. For example, a sale or other adjustment of the value proposition can shift perspective radically. We have dozens of people we only see during our auctions. Many are local, they're just not our customers except for this one day. They buy only online based on price or they only buy during the sale.

Ebay is often the final arbiter of a games value. When I've got a game I can't sell for a penny on Ebay (Abagio), it explains a lot. Likewise, RPG books have a "true market" price slightly below Amazon. At the same time, although we're forbidden in various ways to sell Games Workshop products online, it's rare that a GW clearance item would slip below our cost.  In fact, many go for MSRP or above.

Price is only part of the proposition. I've got customers who won't buy games unless I've played them. "Let me know when you've played that." is what they'll say as they wave goodbye. Convention sales are often based on that demo/play experience. Having enough product knowledge to actually explain a game well enough to sell it is hard, and with 650 board games, nobody has played all of them. Some store owners will go as far as only carrying games they've played. Good luck with that.

It almost goes without saying that we serve at the pleasure of our customers. However, it's like working for a schizophrenic monarch who can't decide what he wants, who he wants it from, and when he wants it. He may tell multiple servants his desires and then randomly choose one when it's time. The king is a madman and we serve at his pleasure. What does that make us? Part of being a clever retailer is deciphering what the monarch is saying, asking him leading questions, and getting him to commit to a course of action. Otherwise, we're working on false pretenses and likely to lose our heads. Game stores are made and broken with purchasing. Understanding the customer is key to that endeavor. Long live the king. 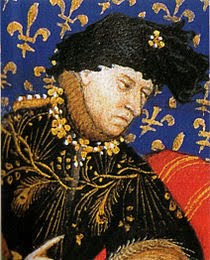