Supply and Demand (and the manipulation thereof)

Magic: The Gathering Zendikar was the best selling Magic release ever for Wizards of the Coast. Supply was short and demand was very high, partially because of the quality of the set and partially because of the amount of supply made available by Wizards. Sales for retailers were stratospheric and there was talk of Magic becoming viable once again, as retail pricing and online pricing reached parity. For those who did well with Magic, it promised a potential golden age of sales, in which reward once again matched effort. Worldwake tossed all that in the trash.

Worldwake is the current Magic set. It's a "middle" set in the block, although it has a high number of cards. We were told early on that supply was also going to be severely limited, as with Zendikar. Oh, happy day. Limiting supply should create a price floor and provide price parity online. Magic was beginning to lose its "commodity" pricing, staying close to MSRP. However, there was one detail that was different from Zendikar, fat packs would be allocated based on how many cases of boosters you bought. Therein lied the problem.

Fat packs are one-time, limited run products that are in extremely high demand and at full margin. Every store will always sell every fat pack at full price, or they're doing something wrong. The supply will run out far before demand is met. So to link booster box sales, the "commons" to fat packs "rares" was to encourage stores to buy too many booster boxes. Stores were incentivized to over-order booster boxes to get the fat packs. Booster boxes could then be "flipped" online for close to cost. Who cares, right? As long as you get your fat pack allotment.

The supply of booster boxes, therefore, became very high. The online price immediately tumbled to about $85, $13 over cost, while at the same period during the Zendikar release, boxes sold for $125. That $125 price was important, because it meant stores could sell boxes at close to full price. Those who ordered Worldwake based on Zendikar sales, assuming they would be in price parity with the online world, were now vastly overstocked. The crowd that was buying in-store went back online. Store owners in turn began flipping their boxes online, which drove the price down even further.

As I sit here today, the price of a box of Worldwake sells on Ebay at below cost. I know this because I'm the lowest price seller by fifteen cents. I've got massive Worldwake overstock, as do other retailers I know. There is incentive to dump quickly. First, most who bought this didn't have the thousands of dollars up front, so the bill is due soon. Second, about half of all sales of Magic sell in the first 30 days of release. For example, if you sell a total of 50 boxes of a Magic release, 25 of those will be within the first 30 days and 25 will be from 30 days on until a couple years later when you sell out. There is great incentive to dump inventory before demand falls off. This Friday marks the end of the first 30 days for Worldwake.

So what did we learn? Wizards denies any sort of manipulation of supply and demand but they manipulate it by their actions nonetheless. If you were clever enough, you saw the writing on the wall with Worldwake (I was warned by some), but you also envisioned the money in the till from Zendikar, and nobody wanted to miss out on that (I was encouraged by others). So what's happening with the next set? A complete allocation of all product, full manipulation of supply. Of course, I'm welcome to source from multiple suppliers. Should I be worried? Oh yes. 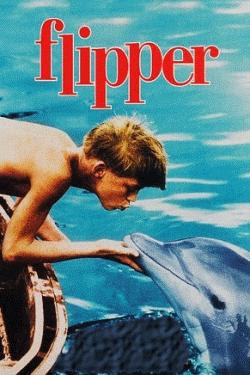