Looking back at my blog posts for April 2009, we saw much of the same trends: problems in the role-playing game "industry," the large number of people suddenly playing 40K in the store, my getting fat (I've lost weight, thanks to the Wii Fit) and the unknown economic outlook (at least it's taking a form). Here are some updates.

The Dresden Files RPG pre-order system, by Evil Hat, in which you pre-order one or both books from a retail store and immediately get the PDF is pretty revolutionary. It's revolutionary in its simplicity. The publisher signs up a retailer and creates an online "drop box," a creative cloud computing application. This drop box provides PDFs, a shared online folder between the retailer and publisher. The publisher trusts the retailer to handle them properly, which is a no brainer since the last thing retailers want is for free PDFs to be floating around. The customer purchases the product in-store and receives the PDF right there, on CD, as opposed to a more abstract system of requesting the PDF as a stand alone product. We tried that with Catalyst's Code Red system and received no sales. We already have nine books on pre-order (four sets and one individual). About 30 retailers have taken advantage of this so far. Do I dare claim that we're the top 10% of the 300 "alpha" stores?  They certainly have familiar names.

The 40K influx might be seasonal, but there has also been an exodus from local Games Workshop stores. GW stores are going through some regional transition, in which their tactics are finally beginning to match their strategy. The strategy was for GW stores to bring in new players to the hobby (note I didn't say game). This marketing effort focused on training players in the game, the use of GW products to paint and model, and of course capture their initial high ticket sales for the first year, roughly twice what they'll pay in future years if they continue. After this initial period, these graduating recruits would be turned out to the independent game stores, now that their initial demands are met, their early cash extracted, and right as their gaming needs  become more demanding and idiosyncratic. These are my customers.

It's not a bad model. It's the model all of our non game store competitors pursue, slicing the cream off the game industry top and focusing on other things.The GW problem (purely my opinion) was that stores and regional managers were being judged on metrics that didn't align with the company strategy. If you're judged on overall sales, do you really care where those sales come from? Are you going to turn down sales? Heck no, you're going to take as much of the pie as possible. The strategy is something the folks above you worry about. So the strategy of taking the cream off the top and letting the rest go was never really the tactics the troops on the ground employed. Until now. The stores have reduced prize support and have discouraged a lot of veterans from playing in store. Suddenly our group of ten or so 40K players has turned into twenty, as they make their way to their independent retailers for tournaments, bitz orders and other things GW stores are only marginal at doing.

Economic Outlook: Finally, I won't regurgitate economic reports, but I can say that the customer outlook and our sales have improved and stabilized quite dramatically this year. I'm in the boat with many Californians, with wealth devastated and job uncertain, but I still need my hobby to stay sane and I continue to buy stuff (currently Pathfinder supplements). There are new game stores emerging and many will tell you they've got solid business plans and often creative ideas. An interesting example is Just Awesome!, a board game store in San Francisco that has gotten a lot of attention, especially by using micro financing for their start up capital.

I personally feel like I've made my full transition from "gentleman farmer" to permanent, grognard game store owner, although with plans and dreams. We've got a framework in place that should allow our store to be successful with modest growth. We've been transitioning slowly away from toys and plan to increase our family game section dramatically this year, primarily in the 3-7 year old category. I want to emphasize that games for kids are vastly different than toys for kids, an area that parents are more wary about. Toys was a lesson in the problems of diversification, while kids games is a natural extension.

Expansion for us will be about more. More breadth as well as more depth. I think dramatic ideas about coffee shops and multiple stores will have to wait. I would still pay someone to build me a TARDIS order kiosk though. Any carpenters out there? 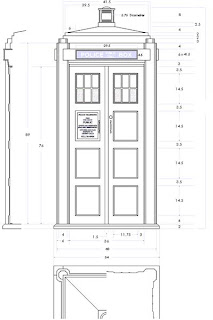