Lately I've had to add a third variable to our ordering cycle. The first is the release date. This is the day that our distributors will ship an item to us. Since we have next day delivery, it's usually the day before the street date for most items and it's only used by big distributors. The second variable is the street date, when the item can be sold, and can be a hard street date (not before this date, or else) or rather soft, "around" this time, which is how Games Workshop usually works. The third factor is fairly new for us, it's pay day dates.

The new, rebuilt, thrifty and frugal economy has created some discipline out there, and just because something is new, it no longer means our customers will flock to get it. They're budgeting and showing some self control by waiting until they can afford what they want, something I greatly admire. Then they predominantly use cash and ATM cards to pay for it when that day comes. So how is this unique?

Pay day shoppers bend the sales curve in interesting ways. They create secondary spikes in sales that adds one more variable to how I order product. For big sellers, which I now know are 25% of our sales, it's not a problem, since we usually order a 30 day supply to avoid potential outages (something most stores don't do).  However, for the 75% of our sales in which we likely have less than five items on the shelf, it requires more vigilance on our part. It's a difficult maneuver to pull off actually, when you realize how few of most items we actually sell. A spiky release day is hard to manage without overstocking, but having a couple more smaller spikes after that initial spike can leave us unprepared.

I want to ask customers to be patient as retail stores re-calibrate, but I'm not big on expecting them to excuse our faults. Consider this an explanation, rather than an excuse. What I do ask customers to do is pre-order if they can. For us, this requires payment in advance, so it doesn't really address the problem. Second best is to express interest. If 75% of what we sell will be four or fewer copies, then it's important to know if a customer is interested, especially if they plan to come in up to two weeks later, their pay day, to buy it.

This all may sound esoteric, but I'm a firm believer that retail success is primarily about purchasing. You can commit a variety of deadly sins in retail and still survive if you remember that it's all about having the stuff, when people want it, and in the correct quantities. If half of our sales are of a single item, think of the chaos a purchaser would introduce by ordering just one more of each. Ordering two instead of one or restocking after that single item is sold would be disastrous. As I've mentioned before, I think the difference between success and failure is 1 and 2 (or more accurately half the purchasing job based on our stats). 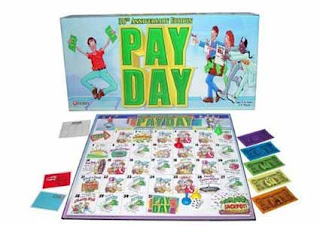