A Million to One

I'm always saying we don't really know much about the game industry due to a lack of a strong trade organization. The first question I always ask, the baseline for my understanding, is how many game stores are out there? That depends on how you define a game store. I started asking people in the industry and the numbers were pretty similar:

Mass Market. Before even looking at independent retailers, we have a plethora of mass market stores that sell gaming products, such as role-playing books, miniatures and board games (increasingly, Euro board games). We've got over 3,000 Wal-Mart stores, 1,000 Barnes & Noble stores, and over 500 Borders. I noticed last month that you can buy Settlers of Catan at one of the 1,750 Target stores, and collectible products and a growing selection of board games at the over 600 Toys "R" Us stores. You might argue that yeah, these stories carry some games, maybe even the cream of the crop, but would most gamers be happy there?  Last years sales of products in which we compete against mass market totaled 27%. So over a quarter of our hobby crowd could exist just fine in the mass environment.

Dabblers. The next group of stores are independent businesses that touch games to some degree, without it being their primary focus. Consensus is that we've got around 3,000-3,500 of these stores. They might be comic book stores that hold Magic tournaments or some other game seller whose primary focus is not games. It's incredibly easy to "dabble" in games, compared to other trades. There are no minimum orders, no trial periods, no punitive discounts based on order quantities, and generally enough competition to find distributors anywhere willing to deal. This contrasts sharply with the comic book industry, with one behemoth company that sets the terms, the standards, and the methods that essentially rewards established stores and prevents all but the most devoted from engaging. Dabblers in games make up 20% of what we sell.

Serious Game Retailers. The next group are retailers whose primary focus is the game trade. The magic number for these stores seems to be 2,200. My guess is that the 800 or so Wizards of the Coast premiere stores fit into this category, although the bar is low. The good news seems to be that the number is fairly stable. Anecdotally, if you look around, most stores seemed to have made it through the recession unscathed. It was the easier times that seemed to trip them up, which makes you wonder if it's true that the game trade is counter-cyclical, at least for retailers. I know it brutalized manufacturers and publishers with that "flight to quality."

Alpha Stores. Finally, we have game stores that many of us retailers aspire to become. There's a general idea that about 10% of game stores are full featured, well rounded, professionally run enterprises. They carry a broad range of games, usually all the top games, and usually with some depth. They're likely to carry that new, specialized or obscure game that was just released, because their enormous customer base will guarantee a sale. The days of "full line" stores are mostly behind us, when game stores would carry the entire line of every game of a particular manufacturer or segment. You'll see stores carry the "full line" of systems, like D&D or 40K, but rarely 100% of everything available in, say board games. We'll call this number of stores 300.* With the population of the United States at around 300,000,000, there is roughly one alpha game store for every million people. An alpha store is literally a million to one enterprise. 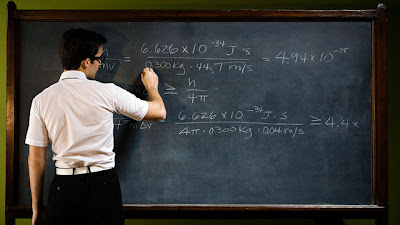