The Great Recession has had an impact on the role-playing industry and it has reverberated down to us. Publishers have struggled, especially those who made just alright product that were bought primarily for idea mining, artwork or other purposes that didn't involve the value proposition of many hours of solid game play for a reasonable price. Some of those publishers are gone. Some have emphasized direct sales to capture more consumer dollars, leaving us without a viable local market. Some just don't seem to care anymore and may actually be on the way out, by way of neglecting their line.

That's my long winded way of saying we're saying goodbye to a number of long held role-playing games, as well as some newer ones that couldn't attract an audience. Role-playing games we're dropping and probably won't carry again (and on sale at 40% off):

Although our RPG sales are down, I'm tentatively hopeful and optimistic about the future. The Dresden Files RPG is due late next month and we've had quite a few pre-orders (you get a PDF of the books at the time of purchase when you do so). Other PDF programs have popped up that we plan to engage with. Pathfinder has gone from the 4E protest game to a mature game in its own right, albeit not without competing directly with us with their direct sales. Their adventure paths are on very shaky ground with us, due mostly to their subscription system sucking up all the local sales. Companies that can partner with us will get the most attention. Those that directly compete with us will be under intense scrutiny, but as a merchant, they'll be sold nonetheless (but with no pity or quarter, unlike say, Indie press stuff).

There is light and energy coming from the likes of Evil Hat, Pelgrane Press and Rogue Games. These companies are working to include retailers in the electronic value proposition by allowing us to provide free PDFs when a print product is purchased. Retailers need to stop belly aching and get on board. I think this is an inflection point, where there will be a dramatic change that will either upgrade brick and mortar retail for the future, or leave the entire lot in the dust. The methods for electronic participation is still being sorted out and there will likely be a variety of ways to participate, but the answer is to get on board, rather than to complain about the details. It will be messy at first, but that's alright.

Otherwise I see a grim vision of the RPG future: RPGs will go the way of war games.They're increasingly sold directly to customers or in the case of Dungeons & Dragons, the print medium subverted by the electronic medium. The RPG industry is already a mere shadow of its former self. Erik Mona of Paizo says it's at 10% of its former glory in the '80's. He explains that when online gaming can provide the kind of AI decision making that a game master can provide, big change will be inevitable. My store will be increasingly irrelevant to fringe players, much as we are now to many war gamers. Sadly, we will fight a mighty battle but will ultimately fill that niche with something else. When that happens, when all RPGs are Dungeons & Dragons (ala Demolition Man), at least in a brick and mortar context (the only game with critical mass for retail sale), the marketing arm of the industry (me) will be lost. Players, increasingly grayer, increasingly rounder, increasingly looking like me, will shake their fist at the world at local gaming conventions, where they will play their long tailed RPGs into the sunset. That's my grim, Nostradamus-like vision. Lets work to fight against it.

Publishers need to closely look at Evil Hat's PDF program. Retailers need to get on board with these innovative publishers, maybe even pushing those games that are represented by these forward thinkers. RPG consumers should re-consider the brick and mortar proposition as a value to the RPG world. Especially support those who support a hopeful future. 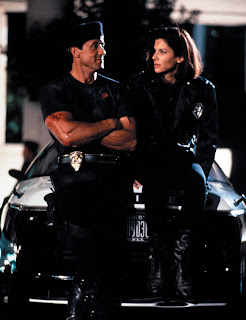