Last year I did a more serious Games and Spirituality post about how I really feel about the game trade. This post is about characters, both in our games and our media and how I envision them through my own spiritual prism. Stick with me and I promise it won't seem so deadly serious. 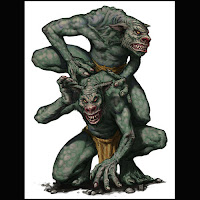 In some schools of Buddhism, there's this concept that a fully actualized person has high degrees of both wisdom and compassion, two sides of the same coin. This can apply to our characters too. In fact, you can tweak these two variables to get a variety of personalities. As a disclaimer, I'm using these terms in very generalized, dictionary definition ways.

Those lacking both wisdom and compassion are the mooks. They're the kobolds, flying monkey men, storm troopers or other minions that we don't think too much about. They're ignorant, amoral pins to be knocked down. We care little about them in our games. They're often the collateral damage or the stepping stones on the way to the real bad guys.

To have compassion and no wisdom is to be ineffective, to have good intentions but poor understanding of how to act in the world. In role-playing games, these are usually our employers. It's the out-of-touch king, the high priest of the local god, or maybe someone who's intentions are good, but they're mind is clouded with their personal feelings. They need real adventurers to do their dirty work. We have little respect for these folks in our games. We make fun of them even more than our enemies.Young Obi Wan Kenobi comes to mind, a clueless character responsible for the future Darth Vader. 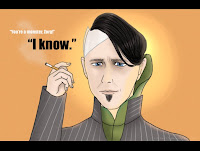 Next in line are those with wisdom and no compassion. These are your classic villains. They know better, but they don't care. Knowing better is what makes them different from mooks. Villains with self awareness are fun and interesting. You can make believe that you too could be the bad guy by getting inside their heads. My favorite villain is Zorg from Fifth Element. "You're a monster Zorg." His response? "I know."  These are some pretty good villains, but the best villain is our final model. 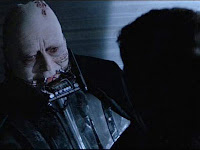 We love the redeemed villain. They've shown their wisdom, they've embraced compassion, but only after their own trials. Being heroic is overcoming something, and the perfect beings we see in Yoda, Gandalf, or that annoying paladin don't have this. These are fully formed beings that are only marginally interesting. In Tibetan Buddhism, there's a famous teacher called Milarepa who was a black magician who was known for flying around and killing his enemies. He redeemed himself through Karate Kid like diligence. He became interesting.

Who else? Darth Vader, of course. Han Solo definitely, a pirate with a heart of gold. My current favorite is Solomon Kane. My most favorite RPG characters are those who can come full circle in this way. My drug addicted holier than thou cleric who had a redemption path planned from conception or my former axe murderer exalted rogue who was still sinister, yet fully redeemed. Or was he? This is what we want from our villains and our heroes, a full embrace of the way of the world yet the compassion to save it. They need to be edgy, preferably with a haunted past that may yet catch up with them.
Posted by Gary Ray at Wednesday, September 01, 2010