We blew a fuse this week, leaving one wall of our office without power and perplexing an electrician. If you found a refrigerator in a restroom yesterday, well, that's why. Blowing a fuse is also how I've felt in the store lately. This has been a very strong June, our first Summer since the recession where we've had a deluge of customers the moment the kids got out of school. I've had a hard time keeping up, to be honest, and that deer in the headlights look you might have noticed is one of astonishment and a little amusement.

Every store has items they never want to be out of stock on. I want to always have demand +1, even if that seems inefficient. I want to be able to arrogantly say on the phone in a snotty French accent: "But of course monsieur. What kind of game store do you think we run here?"  For us that list consists of:
Alas, failure. I would like to think that running out of 4 of 6 in the last week week says more about our unexpectedly high Summer sales volume than our lackluster inventory management. This is year four in our "new" location, although new is hard to pin on the place at this point. We've been here longer than our last place and once again we're into some new territory. I've never ran a store in year four in one location. I kinda like it.

We're definitely feeling some growing pains and issues like deeper stock and higher staffing levels are on my mind. One of the guys came in to clean this week and I grabbed him during a particularly busy part of the day. Five hours later he was still helping me and the bathrooms hadn't been touched (they have since). The staff is thankfully very competent and self reliant, so when I ask them if we should add more shifts, they often need to be prodded into admitting the answer is yes. So if you've found the service to be a little lacking lately, please let me know and also know we're watching it carefully.

I hate to post anything that says we're doing well, since it invites competition, despite my various disclaimers. How hard could it be? 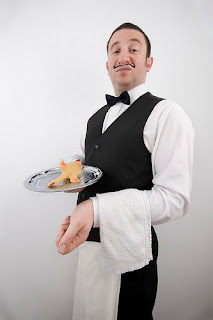