Game stores are stupidly inefficient. We just had a record month at the store and the major concern going forward is how to scale up the necessary infrastructure to meet future demand without self destructing. For example, at a certain point, additional staff and additional inventory are necessary to keep up with demand, but the timing of those two variables is crucial, as they often add costs far in excess of their benefits.

There is no clear economy of scale. When you go out and talk to shop owners with significantly larger operations, their eyes will glaze over and they'll fall into nostalgia about the better times, the easier days of owning a smaller store. You see, their lives are far more complicated and fret with risk than the smaller store owner, often with little more to show for it. Payroll is larger, the credit card bill is enough to consider leaving for Tahiti and never coming back, and the balls in the air seem only to get more numerous and heavier.

This is my way of leading into one of (if not the) key variable for how I run my business:

We're constantly on the look out for new ideas that are secretly hiding the fact that they'll be a major pain in the ass, or even a minor pain in the ass upon implementation. For example, selling Magic singles is something every self-respecting game store owner does if they're big into Magic, but it's a major PITA. We recently doubled our Magic singles sales thanks to more aggressive buying and a rise in interest in EDH, but it still means Magic singles are far less than half of 1% of our overall sales. In exchange, we have buy lists that need updating, cards that need sorting, customers that need watching for hours at a time and micro-purchases that distract us from the big picture. Why do we put up with such a major PITA? Because Magic singles are a major key to selling packaged Magic product, which unlike less than half of 1% of our sales, is in fact our best selling game in the store.

Game space and organized play is clearly the largest PITA ever for a game store, but with sales increases of between 40-60%, it's a PITA that's crucial to the business. Some PITA items that have us scratching our heads: the coffee shop idea. How much of a PITA would it be for everyone on staff to have to divert their time between selling games and making mocha frapawhatevers? Adding Warhammer novels: How much of a PITA would it be to have to shrink wrap every novel so our gamer crowd doesn't turn the place into a reading room? Some products, very few, are clearly a PITA based on their inability to be secured against theft or because they break, so we don't carry them.

Of course, there are examples where we weighed the PITA factor and went for it anyway. For example, the Yugioh Duel Terminals are huge for us, despite the enormous initial investment and threat of mayhem in the store. Lines of people blocking the door and electronic noises were considered a potentially unacceptable PITA, that have thankfully been minimized.  The $1000 in product required to get the Fantasy Flight Media Center was a risk and a potential huge PITA as we added potentially distracting and mood altering multimedia presentations to the store. Selling snacks outside of a vending machine is far more profitable, despite it being a big PITA, as I interrupt important business for the occasional Pop Tart or Snickers bar, so we continue to do it.

In general, the PITA factor plays a significant role in any financial analysis, creating a kind of PITA offset or variable that takes clearly profitable ideas and knocks them down a few pegs, or kills them entirely. Some stores find the very basis of running a successful game store a PITA and sabotage themselves accordingly. Having clean restrooms, odor free game rooms, and organized shelves is apparently a PITA for a significant segment of retailers. In a sense, they've decided that having children and moms (muggles for the most part) in their store is a huge PITA. They make their decisions accordingly.

Note that I have not put customers into the PITA category or even a particular game. That's what we do. That's our core competency. There are clearly games and groups that are a PITA to be sure, but that's the kind of PITA we signed up for. We don't whine about making money by selling games while it says "games" on the sign out front.

The advantage of factoring in the PITA factor is we can be much more efficient. We aren't sorting cards, making mochas, or worrying about lounging readers instead of doing our core jobs, selling games and making money. If you figure a game store is already on the edge of inefficiency, even when it's wildly successful, eliminating the PITA is essential, not some luxury. 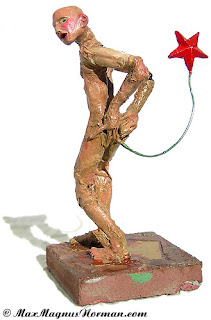