During most of the year, our clientele is primarily gamers. This is not to say we don't get our fair share of non-gamers, muggles as I affectionately call them, it's just that we have a destination location, off the beaten path with close to zero foot traffic. In fact, the biggest challenge I have is making a store that attracts more of these muggles despite the location. There are hundreds of local gamers, but there are hundreds of thousands of local muggles. It's an uphill battle. Summer is when we see most of the muggles, and their muggle shopping patterns are quite different than during the holidays.

During the holidays, muggles are shopping for others. It is alright that our store seems alien and a bit wondrous because this is not their store.  Medieval banners hang from the wall, fantasy music wafts through the air, and the products are unlike anything they've seen before. This is not a store for them they decide, it's a store where their gift recipient would feel more comfortable. In reality, our store is carefully designed to make them feel comfortable while still serving our hobbyist community.

Our decompression zone, the first ten feet into the store is filled with comfort games, classic games like chess sets and party games. Most American consumers turn to the right, so our right hand wall has jigsaw puzzles, and the front quarter of the store is stocked with children's games starting at age two, and classic games that sell rather poorly for us, but are regular muggle requests. In fact, the entire front of the store is muggle friendly enough that you'll never see Warhammer, Dungeons & Dragons or nasty glues and paints unless you actually walk past the counter and tour the store. The game center is through a set of double doors that only the most curious ask about. As we've joked, it's a cradle to grave approach, with toys for toddlers in the front right and out-of-print roleplaying books in the back left.

Back to the point of this post, Summer muggles are shopping for themselves, for their own entertainment, and our store is certainly not what they're used to. First, customers are greeted. Greeting someone used to be customary in stores, but now you're either ignored when you enter a store (the preferred option it seems), or you're greeted by a paid greeter, whose sole job is to welcome you in some sinister corporate plan involving charts and graphs designed to extract the maximum amount of money from you. So the greeter is about as welcome as a used car salesman as you walk onto the lot. Irritating greeter, if you weren't ancient I would sneer at you. At our store, we gently greet them anyway, and hopefully follow up once they've gotten their bearings. Try getting a follow-up at Wal-Mart.

That follow-up is crucial, as most muggles shopping for themselves are going to be completely lost in our store. It's not that it's laid out poorly, it's that we've got so much stuff they've never seen before. Most stay in the board and card game section, which is by design. We've got 1,000 of them, of which, perhaps 50 are recognizable. They're arranged by theme, but likely a theme that only a gamer would recognize. The customer wanders around a bit confused, like someone visiting a zoo on a foreign planet. The animals look familiar, but they're somehow all wrong.  A rare few will look excited, while most will find it threatening. We'll begin to see that dazed look on their faces. Unlike board game hobbyists, most muggle customers are not enamored by new games. They really don't want to learn new rules. They don't follow gaming newsgroups or desire a new way to look at problems. So what are they looking for?

Most muggles, I'll postulate, are looking to repeat a social experience from their past with the help of a game. The sales person is key to helping them with this. The salesperson could do the easiest thing possible and direct them to the muggle games. Let me be honest here: muggle games suuuuuuuuuuuuck. Monopoly, Uno and Go to the Head of the Class don't hold a candle to Settlers, Guillotine and Carcassonne. They just don't compare in any sort of reasonable metric of funness. Even the venerable Risk kinda sucks by modern standards. Worse, our prices aren't great on these mass market craptastic games, so it's a potential instant turn off to the naturally suspicious muggle with their inward greeter sneer. If their touchstone is a Hasbro game and that game is 20% more expensive than Target, that tells their brain that the whole store is likely a trap.

Rather than direct them to muggle dreck, do your best to point them to better happy memory inducing games. This is where a sold salesperson will spring into action. What is it about the suggested game that has muggle appeal? If you use the word "mechanics," the muggle will think you're talking about cars and their eyes will continue that glazing process. In this case, you want to stress the social experience. Carcassonne, for example, is a lovely game because you can play it like a hand of cards, holding a conversation with each other rather than intently focusing on your next move. Forbidden Island is cooperative, so if you've got that one person who doesn't like games (nodding to the scowling customer on the left) or that one person who always wins (looking to the grinning fool on the right), this game is great because you'll be working together as a team to beat the game. Competitiveness is alright? Settlers of Catan is fantastic because you're still trying to win, but you have to compromise to do so, like in the real world.

Sell the experience, not the game. This is a variant of selling the sizzle, not the steak. Muggles don't care that the box contains 252 pieces (Conquest of Nerath) or that the game has a clever economic system for resource pricing (Power Grid). The muggle customer, more than any other, needs to be sold on the experience. What will it be like? Will Uncle John run away with the game? Will little Joey be playing X-box when he's out early? Will there be tears? Will we be able to play this with a glass of wine in hand?

There's also the attributes of the store itself. Can I trust this guy? Am I paying too much? How can a board game cost $42? There are a bunch of cues to watch for and variables to keep in mind. In reality, everyone wants to be sold the sizzle, this group just needs it a bit more. 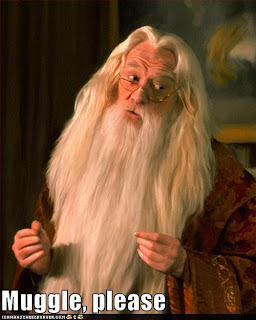