Another topic I've wanted to write about since starting this blog is adoption. My wife and I adopted our son Rocco several years ago and it's been a wonderful, eye opening experience. He's the best thing to ever happen to me. Not only has it changed my life by being a parent, but it made me wonder why it was so difficult.

Adopting a child is an expensive process, usually costing $20-30,000. It's also time consuming. We were on a list for about eighteen months before we finally got Rocco. Preceding this, we had to complete a home study, which included interviews by a social worker, fingerprinting, background investigations, basic financial analysis to make sure we could afford a child, and CPR training. The whole process took several years with no guarantee of success. You could spend the money, do the work, and still not find an available child. The obvious thing you wonder when going through this process is how useful something like this would be for prospective natural birth parents.

The difficulty of adoption has a lot to do with supply and demand. There are not enough newborns out there for the parents who want them. Figure that we've got about a million terminated pregnancies a year and you begin to wonder why these two problems can't be better solved. I'm not for outlawing abortion, but it would seem obvious that the tack "pro-life" activists might consider is how to encourage reluctant mothers to give their newborn to a loving home, rather than showing them photos of late term abortions or similar scare tactics.

Ideally, those against abortion should find a way to allow themselves or others to adopt not only the newborns, but the thousands of children in need of adoption. Over 100,000 children remain in foster care, with about 40% of them never being adopted. There are Christian adoption agencies that keep fees low, and that's a start. Ideally I would like to see incentives to make adoption more affordable, without the obvious problem of people adopting for the wrong reason. About half of adoption fees are tax deductive, but a lot more effort could be made to make this option more desirable and more affordable.

Adoption still has a bit of a stigma in this country, and a focused positive adoption campaign would go a long way towards getting prospective parents and birth mothers to accept the process. Just look at the insane amounts of money people spend on IVF so they can have a natural child, and you'll see how desperate people are to having a child they consider their own, something adoptive parents know happens immediately with their adopted newborns. Half a billion dollars a year is spent on IVF while children wait to be adopted and a million abortions are performed. It seems counter-intuitive. IVF is also denounced by "pro-life" groups, so I think we're on the same page here too.

Personally, if I saw some effort by pro-life groups to actually facilitate adoption as an alternative to abortion, in a strong and meaningful way, I might find their motives less suspect. Rather than trying to control other peoples behavior, this would be an excellent opportunity to solve two important social problem at once. Most of the major "pro-life" groups claim to support adoption, but their help equates to little more than a referral service to adoption agencies. When have you ever heard the word adoption mentioned in an abortion debate? 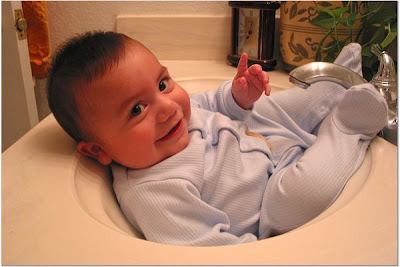