Painting Minis: Craft and Culture I

Painting miniatures is a craft. The term craft implies skill and technique, as opposed to art, which is not only pregnant with implications, but is scary. Few among us are willing to take on the mantle of artist, but engaging in a craft, by definition takes a little learning and some raw materials. The craft of miniature painting has come a very long way from when I was kid.

The materials are vastly refined and the techniques are well documented. For example, we carry four lines of acrylic miniatures paint in the store, two lines of brushes (soon to be three), three varieties of primer and several "how-to" books on how to paint miniatures. Compare that to when I was a kid and you would have seen one line of crappy enamel paint, art store brushes, no primer and no idea what the heck we were doing.

Culturally we also have a bit of a divide. Games Workshop has created a sub-culture among their hobbyists. First, the word hobby is everywhere. You won't find this word used outside of the GW universe when it comes to games. All other games have players, while GW has hobbyists. This hobby element, which stresses craft, is reinforced with their organized play. For a long time, you couldn't play in their store with unpainted miniatures. This is to stress the craft element of the hobby. Also, when you play a tournament, you are scored based on a number of factors. Sportsmanship is one everyone is familiar with, and that's great, but you're also scored on how well your army is painted. You win partially based on your proficiency in craft. These are also the hobbyists most likely to build terrain and modify their miniatures. Stores that sell a lot of Games Workshop product often sell thousands of dollars each year in "bits," individual parts needed to modify their models.

The stress on craft has two key economic elements. First, it sells the heck out of craft supply, but most importantly, models look good when they're painted. Well painted models bring new people into the hobby when they see them in play. They want to be part of what looks cool.

When it comes to sales of Games Workshop product, you've got core models, special order bits, and their own line of paint and hobby supplies under the name Citadel. They carefully reinforce their paint lines by stating on the box which colors are needed to paint the models as shown on the box. Reinforced culturally with their tournament rules and previous no-paint, no play rules, Citadel paints sell tremendously well in stores that support the game. If we counted Citadel as a separate game, it would be in our top ten. Right now we sell more Citadel paint than Dungeons & Dragons.

Lacking this subculture of craft, other paintable miniature games are often seen on the table unpainted. These silverfish, as they're called, draw quiet scorn from the GW gamers. Of course, I would prefer they paint their models because it would add excitement to their game and increase my sales of models (because of the excitement) and paint supplies. This month I sold as much Citadel paint as I sold of Warmachine, one of my top games. Before I carried Citadel paints, I lamented that it had to be bought in six packs. Now I understand. Warmachine does not reward painting skill in their tournament play. In fact, the general impression many of us have of the game, is that it would do extremely well as a pre-paint game, since so few players are interested in painting their models. 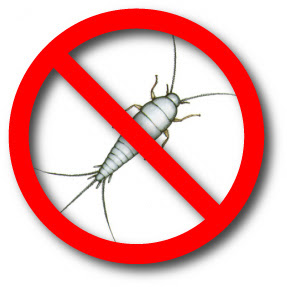