Wow! This is exciting! No, really.

Romney dropped out, for the good of the country. According to him, if he didn't drop out, the terrorists would win.

“And the consequence of that would be devastating. It would mean attacks on America, launched from safe havens that make Afghanistan under the Taliban look like child’s play. About this, I have no doubt.”

What a douche bag. Talk about dodging a bullet.

What was really interesting this morning was a CNN article called Campaigns Up Against Powerful Movements. Clinton and McCain are both running counter to powerful movements within their parties. The talk radio people rail against McCain and his "betrayal" of conservative values, while Clinton fights against the young, well-educated "post-partisan" movement headed by Obama. After nearly eight years of Bush, I would never have imagined this.

Sometimes the photos can say a lot too.... 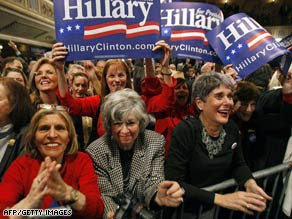 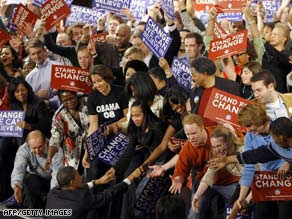