SPOILER WARNING: My players shouldn't read this, nor should you read this if you're planning to play in Monte Cook's Ptolus.

By this time, the party is 6th level, right at the cusp of 7th. They're exploring a temple of chaos, run by what appears to be a group of various chaos cultists who work together, but often kill each other in the process. They are chaos cultists after all. It's this internal treachery that often gives the party the edge they need. The cultists have killed or enslaved an entire apartment complex of folks, and have now escaped below the sewers into their lair. Worse, there's big evil afoot, with the cultists attempting to bring about The Night of Dissolution, your usual doomsday scenario. If that's not enough, an army of barbarians is on their way to sack the city. Their leader (a past player character) is missing. Could she be one of the many cultist kidnap victims?

I bought Dwarven Forge before I owned the store. It was a pretty big investment, probably a few thousand dollars, but D&D was my only hobby. Even now there are sets of Dwarven Forge I lust after, but alas, they're too expensive and they no longer sell through stores, so no special discount. I also have enough Miniature Building Authority for a couple urban blocks, or a full 4x9 table. The amount and ratio of Dwarven Forge I purchased was based on the biggest map in Monte Cook's Banewarrens, still the best adventure I've ever ran. This initial setup was just about enough to complete the entire Temple of Deep Chaos, all but one room. As the adventure will take at least three sessions, I'll be able to take apart the entrance room and use the pieces for this final room. 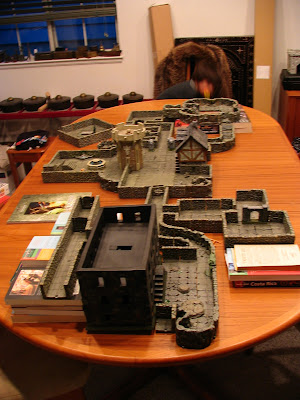 Table One: The big feature are sunken city buildings from an ancient past. They meld into the dungeon landscape, lairs for the cultists and more sinister creatures. 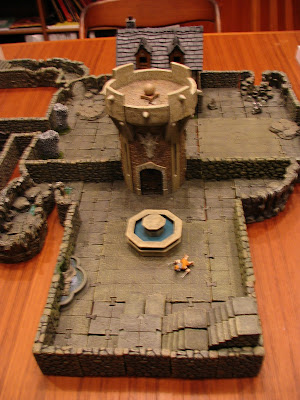 The party begins by coming down these stairs. Before them is an ancient courtyard with dried up fountains and a stone tower, rising up into the stone ceiling. A dead cultist lies in front of the fountain, a victim of infighting. 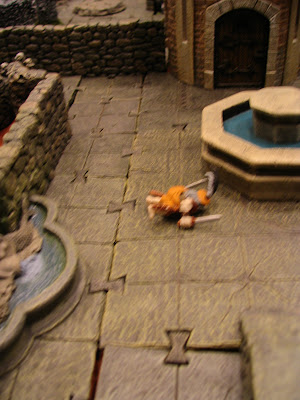 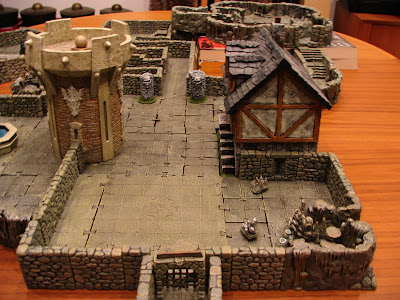 This second courtyard will likely be a large, set-piece battle. 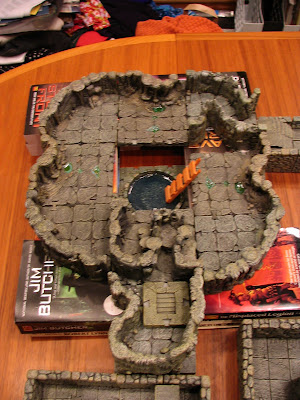 Ratbrutes lair in this waterfall room, likely to throw pesky adventurers down into the water while they handle their squishy companions. 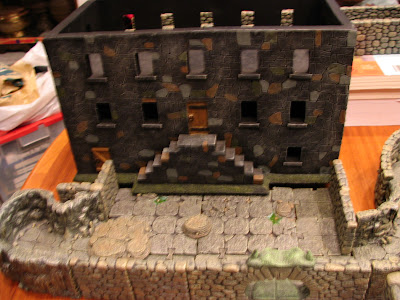 Another excavated building inhabited by cultists 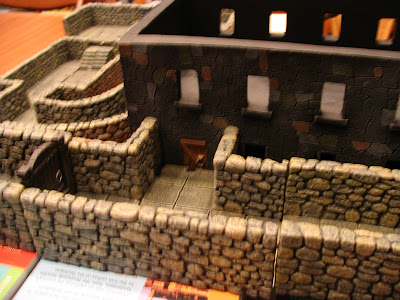 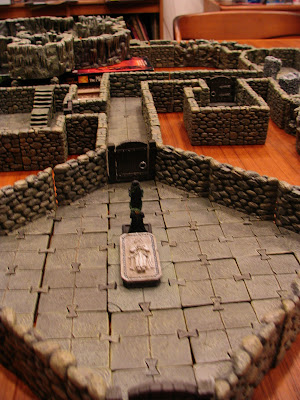 Chaos Temple with statue of doom. Who would be foolish enough to touch it and unleash the chaos? We've got a new player this week 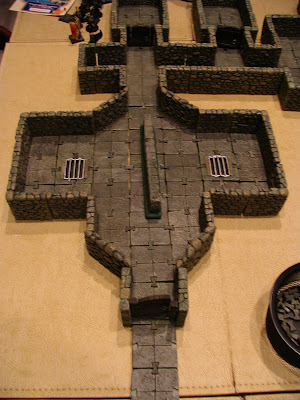 Sacrifice Chamber. Punish your enemies by sacrificing your valuables. Unfortunately the instructions aren't included, so mostly it's about your valuables going away. 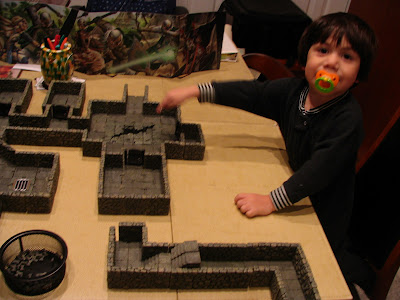 "Broken!" The giant chasm in this chamber is the lair of two demons 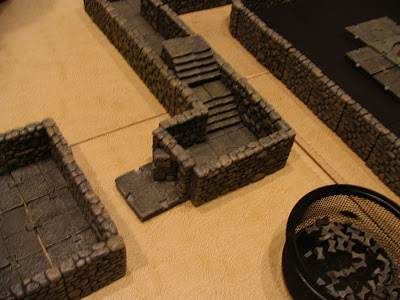 Secret Door. This isn't connected to where it really goes, otherwise the players metagame and assume there's a secret door, even if their characters can't find it. Better to separate the two pieces. 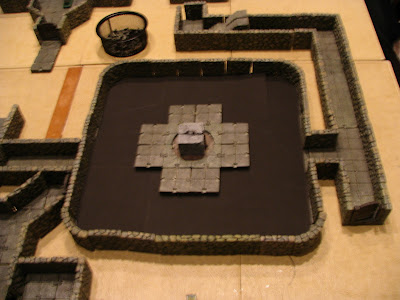 I could spend a day just building out this chamber. Imagine a crystal cavern of reflective surfaces with a floating platform in the middle with a naked woman who appears to be on fire. Below her are chained sacrificial captives, hanging from the platform, along with a giant bell. We'll settle for black construction paper for now. If I was rich, I would hire someone to build this chamber for me.