We have double standards when it comes to our game center. I admit it. Some events are pay events while others are free. It may seem unfair, but it relates to how people spend money on their games and what resources are needed to run their games. Is it a self-sufficient group or an actual event in need of our support? There is no one size fits all.

Role-playing games generally are so self-sufficient, so below the radar, that they're invisible for the most part. Contrast this with a collectible card game or a miniature war game that requires a competent organizer to run herd on the group, a group that varies in consistency dramatically from week to week, that may or may not include your friends or people you want to play with and likely requires stupid levels of staff support to keep the "balls in the air." Unlike an RPG, running these events usually means the organizer doesn't get to play.

You also have the board gamer, a generally older, mature individual who buys board games from us on occasion. There is no $3.99 booster pack as an easy buy in and no great striving for a box of prize support. They aren't competitive. They don't annoy me. They're here to play. They support the store. They don't need to be enticed or gimicked into doing so. It should be so easy with other events.

A big part of inconsistency is we rely on volunteers to run most events (we pay staff to run our kids 40K group). We do what we can to entice volunteers, often with a discount. We also have the issue of maturity and buying patterns, that basically say, certain groups of gamers won't spend a dime with you, and in fact, will cause you to lose money in various ways, if you don't charge them a small fee to play. Charging for events will actually drive away a class of parasites we don't want around. So that's what we do. What's the alternative? What's the uniform answer or policy? You probably wouldn't like it.

Uniformity would result in closing all open gaming at all times. Events would be staff directed or trusted volunteer directed. We would drop events that did not directly support our objectives, AKA bottom line. Many role-playing games would be dropped; in fact everything except D&D 4 and Pathfinder; stuff in print with strong organized play support. Card games would be streamlined to our top sellers with strong support from publishers. Miniature gaming would see a similar paring down. There would be no "catch-all" events. We would likely focus the store on best sellers or staff interests, preferring quality events over quantity. We would close the store early most nights, rather than paying staff to run late. There would be less gaming, less community. This is actually how most stores operate. It's clean. It's efficient. It's uniform.  It's not what we want to do and I'm guessing it's not what you want to see. 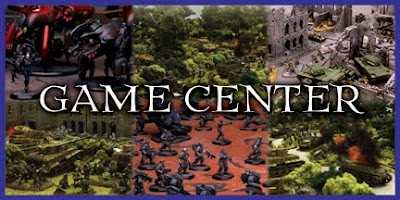