The game store is not a flexible business model. It might sound like an esoteric argument, but I believe the reason for this is game products are priced using a manufacturers suggested retail price or MSRP. This is in contrast to "net" priced products, in which the manufacturer has a wholesale price and leaves it up to the retailer to come up with a retail price. Why is this important? MSRP is a retailer straight jacket. Even if you do everything right, become profitable, overcome the pressures from the Internet, and advance to a bigger store, MSRP is likely to stifle your business if you're in a higher cost environment.

There are many potential retail business models. If you look around at toy stores, for example, you can find high end toy stores in expensive areas, hole in the wall toy stores in junky malls, and everything in between. They can do this because they have control over their pricing. When confronted with high costs, they can envision a business model that adjusts with higher prices. The same toy will vary in price by five to fifteen percent or so, depending on where you buy. The retailer sets the price. The consumer decides if they're willing to engage. When you have a trade where the MSRP is enforced, like with books and games, you have a one size fits all business model with no flexibility.

Game store owners have a general idea of what their fixed costs must be to survive. These costs are based on a rather Midwestern series of assumptions about reasonable rent and wages. Game stores who want to be "pure" game stores, without diversifying, need to fit within these parameters of fixed cost assumptions or suffer the consequences (failure or diminished profits). MSRP defines where a store can be and who they can hire. There is no wiggle room without moving away from the game trade model in some way. Meanwhile, some costs rise disproportionately, such as credit card processing fees, electricity and health care (at least for the owners).

There is no ability for game store owners to increase their margins with pricing, as the MSRP dictates their pricing. They have no tool to adjust income, so they frantically bat at the flames of their ever increasing costs. When a product has an MSRP, customers become highly sensitive to this price. They'll certainly seek bargains, but most won't ever go above it. Only a rube buys over an obvious MSRP. Net pricing provides elasticity in pricing and allows stores to increase prices to match their business model. Prices float at a rough baseline instead of a hard number. This floating average can be the difference between failure and success.

So in urban areas, with higher costs, we generally have two types of game stores: The big, pretty good game store and the small, crappy game store. The big store is pretty good because they've managed to leverage their "economy of scale" to best deal with fixed costs and fixed pricing. Still, those big stores are not making as much money as you might think. All the ones I know make nothing like the profit percentages of Midwestern stores.

The small urban stores are often in bad areas (the Midwestern rent baseline) and suffer from being small. The distribution model for games also punishes them by providing an MSRP discount they can't fully leverage. Their cost of goods are likely higher than the the bigger store, especially during their formative years. Net pricing would fix that too. MSRP and the distribution model punishes new stores and reduces competition, another reason why you don't hear veteran retailers complain too loudly about it. So the crappy small game store is actually the Midwestern model gone urban. It plays by the rules, but the rules are against them. When I had a smaller store, it became clear to me that I had to move up or quit.

Regional income variances are not enough to overcome the fixed costs and fixed pricing associated with this model. MSRP is a one size fits all model that's more appropriate to the Midwest, with lower costs, especially rent and labor. The game industry suffers because of this. Larger retailers are poised to prosper, but not as much as they could with a net priced system. MSRP creates a kind of uniformity in what's possible in the retail game trade. It stifles retailer innovation and perpetuates game store stereotypes.

What's the solution? Not everything can and will be net priced. Books, for example, are dependent on the MSRP of the book trade. See where that has gotten them? Also, not everything is currently at MSRP. For example, jigsaw puzzles, classic games and mass market games tend not to have a MSRP. The caveat is that if a company sells direct off their website, their price is the de-facto MSRP. The solution will come from manufacturers who decide to promote the game industry with net pricing. They will simply not have an MSRP for their product. A few do this now, but it could increase if enough find this issue important. I think a thriving and diverse retail game trade is important, do they?

Finally, many game stores have identified the MSRP problem and have found innovative solutions. For example, diversifying into a broader range of games outside the hobby game industry can be successful. Focusing on classic games and puzzles is very difficult, but to the extend you can do it, it's much more profitable. Hobby supplies can be lucrative as well as toys if you have the market. Used games and the "entertainment model" of buying and selling at flexible prices has apparently saved a handful of game stores in the Midwest. Card shop have identified Magic singles as the method for boosting their margins. In other words, they run from MSRP and embrace flexible pricing where they can find it. Game retailers have identified that shrinking margins are killing them. They just don't agree on how to fix the problem. Many adapt without knowing why. 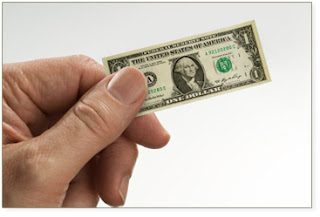