Thoughts on the D&D

Role-playing game continue to be in the doldrums for us, with sales down 22% over the last twelve months. RPG sales, if you didn't know, are really about Dungeons & Dragons, along with a large number of very creative games that from a sales perspective, are clever art projects. So is nobody playing the venerable Dungeons & Dragons? Is D&D 4 suffering, like so many hope it is? It's complicated but we may have had a glimpse of what's going on with the release of Player's Handbook 3.

PHB 3 was the first book to receive the early release treatment from Wizards of the Coast. No, it's not related to over-crowded prisons, the new program rewards core WOTC stores by providing books about a week and a half earlier than everyone else. All you have to do is have a very basic level of organized play to participate. In exchange, we beat out the Internet, the big book stores, and those who dabble with RPGs like comic book stores without organized play. So how many people came from these other venues to buy up PHB 3? Not many that I could tell, but a different group of players arrived and reluctantly picked up a copy, DDI subscribers.

DDI, or Dungeons & Dragons Insider is Wizards of the Coast's excellent online service. For as little as $6/month, when you pay a year up front, you get access to a host of useful tools which includes all the published materials. Unfortunately for us, many players have found the dead tree editions of rules to be rather obsolete compared to the electronic format. Unfortunately for WOTC, entire gaming groups often share one account, but that's a problem of their own making. Anyway, DDI subscribers came in, looked at the book, and hemmed and hawed about whether to get it, since it wasn't going to be available to them through DDI for a little while. And that's when a chemical reaction in my brain altered ever so slightly and I decided that I would no longer be the D&D 4 cheerleader. I stopped caring. Or more accurately, I've stopped carrying their water.

D&D is the undisputed leader of role-playing, no matter your opinion of its lack of creativity, the merits of THAC0 or what have you. It's the Microsoft of the RPG world (I refer to it as Office, since Magic would be WOTC's Windows, on the short list of profitable products). That said, I don't care what version anyone plays and I plan to support as many as possible. I honestly sell more discontinued 3.5 than most non D&D RPGs and I've decided to embrace Pathfinder. I've got 1E and 2E core books in stock, finding them more profitable than a lot of in-print options.

Paizo promises to be more retailer friendly this year. At the moment, they compete directly with us, both with their subscription model AND their online store which attempts to be the one stop shop for online gamers. Because of this, I've grudgingly carried Pathfinder since its release, but it has been rather half-hearted, mostly because I'm told by my customers how they already have that new Pathfinder book that just arrived in their mail. I sell a lot of dice to Pathfinder players. It makes me a little crazy. So I hope Paizo changes, as promised. I just ordered the entire Pathfinder line for the store, so I'm going to give them a second chance.

These two companies represent a stupid amount of the role-playing world. Both appear committed to retailer success while undermining retailers with a direct sales product that out competes us. Both have organized play programs (come play with us on Thursday nights). It bodes ill for the role-playing industry, but does that really surprise you?  Look at the shelves. How many of these publishers have day jobs? How many are owned by a bigger entity and essentially dabble with pen and paper gaming? How many have a much more profitable other business that propels them? It doesn't means we don't love them or their games (Pathfinder is brilliantly written, dammit). It's just a business fueled by passion and a lack of common sense. I'm intimately familiar with this model. 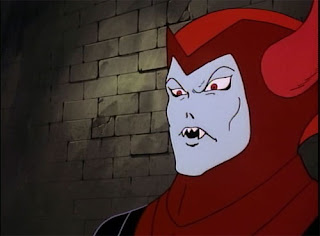