I've now had a store long enough and a mouth big enough to be a go-to guy for prospective store owners. Lately I've seen an increase in such visitors. It's not unexpected. I think there is a huge pent up demand for new businesses with lots of people waiting for the economy to improve. All the indicators say that if Europe doesn't crater, 2012 will be the year to make a move. There seems to be money out there, despite tight credit and the car crash of a housing market. Money looks to be coming from unlikely sources, including overseas.

When I get visitors, my job, as I see it, is to explain the harshness of the game trade. I love my job. I love going to work in the morning. I'm proud to own my own business. But it's a literal labor of love. It really doesn't make financial sense to do this and it's hard for me to justify re-investment, which is where I'm at now. We're looking at expansion, but the brain it took to make the money has a hard time coming to terms with spending it, compared to more rational uses of capital.

Anyway, here's an example of a recent game store scenario we discussed. The average game store in this country has gross sales of $250K a year. Lets ignore that. Lets swing for the fences. Lets create a game store that does a cool million in sales each year. There are maybe one of these in every major US market that has a gaming sub-culture. They are the 1%. None are created overnight, most are not created rationally, they evolve organically, despite the best efforts of their owners, but lets pretend.

Well, no. Your gross might be high, but profit margins are thin in retail. A good assumption is you'll make about a 5% net margin, or $50,000 a year. (before taxes). So you're on a beach somewhere, at least in theory. That can happen. It's rare though. The reality is that you'll have so many balls in the air, you'll have a hard time getting much tanning done. More than likely a lot of that fifty grand will be used to pay off your $200k in debt, unless you happen to have that money free and clear.

If you do have that money free and clear, what else could you do with it? How about sit on a beach now with $20,000/year? It's not as nice a beach, sure, but there's very little risk and far fewer interruptions. That's the return you'll get, on average, if you just invest it in the stock market. 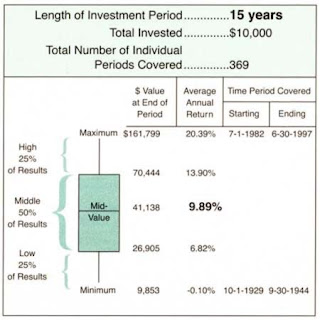 How about buying a business that has a reasonable chance of success? A Subway sandwich franchise costs between $100k-$300k and is rumored to have a profit margin of around 25% (minus 8% to Subway). You know what else you can do with a Subway store? You can sell it when you get bored. Try that with a game store. Ha!

There are a lot of intricacies in something like this, and I'm not saying Subway is the answer, it's just symbolic of what's possible. However, I can promise you, running a sandwich shop is going to be vastly easier than a million dollar game store. I think of this all the time. It's where my rational brain goes when my gamer lobe (a vestigial mass missing in most people) thinks about a second store. My point is if you're investing "real" money, in an intelligent way, perhaps it's time to separate your business brain from your gamer lobe.

My motivation in writing this is to avoid failures, especially the constant flailing I see in my local market. Every gamer with a lawsuit settlement, dead uncle or rich buddy dreams of running a game store. It's rarely a rational choice. A good game store competitor, with a solid business plan, a site feasibility study, and an understanding of the game trade could potentially help everyone. A bad one hurts the community, erodes our sales and slows our growth before eventually becoming road kill. Most of the customers they once served drift off into other pursuits (competitors get a very small percentage of them), telling their children in later years about the cool games they used to play.

If you still have a hankering to open your own business, go build your sandwich shop, hire some college kid to manage it, and spend your evenings and your 25% profit margin (minus Subway's cut) in my store. Everyone will be much happier. If you just want to game and you think owning a game store is a method to do more of that, let me tell you you're way off base.
Posted by Gary Ray at Wednesday, November 09, 2011