If you're a regular customer and you even hint that a board game is good, I'll likely bring it into the store, often without a pre-order, but a pre-order is always preferred. This is pretty much true with RPGs and occasionally a CCG. One of the most important thing in this job is to listen to my customers, especially when it comes to game selection. They'll often know more than me. There's just too much out there.

However, if you want to talk to me about a new miniature game, you'll probably meet with strong resistance that even surprises me sometimes. Miniature games are the most stable, most predictable, most resistant to change part of the store. There are reasons for this.

First, there is no dabbling in miniature games, unlike the request to bring in a $50 board game, a $100 box of boosters or a $200 line of RPG books. Miniature games don't work that way. We're talking about half a dozen starter boxes to start ($300) which really doesn't get you very far. Then we've got additional models that will likely add another couple hundred bucks, eventually leading to thousands. And for what? It's so one guy and possibly his buddy can play each other. That's great for special orders, I like free money, but the demand is usually that we stock this game, in the (customer risk free) hope that more people will play. Sounds like an opportunity, right?

Rarely. It comes down to how people play these games. Miniature games are expensive, and while a board gamer or RPG hobbyist will buy multiple games or game systems, most miniature gamers have room for one core game and often one, one-off, "break" game. Games Workshop understands this, so they'll encourage people to play Mordheim, Blood Bowl or Space Hulk for a while, with the understanding that they're recharging their batteries before diving back into their core game, 40K or Fantasy. So at best, that new miniature game is the break game, and at worst, the break game becomes their new core game.

I say worst because inventory is a zero sum game for a store. A new product line is an inventory budget suck. Would I rather you play a new off-the-shelf 40K army, or would I rather spend $1,500 on a new thing for you to dabble in (my current Malifaux stock number)? Duh. And what happens when Shedworks Games goes out of business, inevitably raises their prices and alienates everyone, or allows a third grader to write its next expansion? That's right, clearance bucket, the lot of it. What happens to that customer? If I'm lucky they return to 40K, their core game, and if I'm really unlucky, they discover the new panda expansion for World of Warcraft and I never see them again.

Even when a game is moderately successful as a "break" game, there comes a time when it inevitably begins to wane as all the miniature hobbyists who play that break game finds they have everything they need. After all, it's the break game, they're not looking for infinite expansions and new armies, that's what their core game is all about, that's why they're taking a break. So what we see is a slow build up of a new break game (Mordheim, Infinity, Malifaux), followed by strong sales, a long decline and a total crash. It's not that players hate the game, it's just that they have what they need. They've taken a break. They still play those games in our store, they just don't need anything else from me, thank you very much.

So how do you make a new miniature game work in a store? First, I listen very carefully and have a much higher bar for bringing in a miniature game than other types of games. Second, I consider the source. Do I know this customer? Am I likely to see sales from this guy, or is he a perpetual dabbler that loses interest quickly? Third, can I get some play? Is there someone involved in this transaction that is likely to run events, even if it's a time for him and his buddy to play on our tables at a set time?

Ideally a staff member gets all excited about this, which is often the key in game stores that do well in this area of the trade. Finally, have an exit strategy and be clear when the run is over so you can recoup your costs and move onto the next game, preferably by selling off stock outside the store. Nothing is worse than training your customers to wait for a clearance sale.

Miniature games are the hardest nut to crack in the game trade, a nut that is likely going to blow up in your face and ruin your day if you're not careful. It's far easier for a game store to do something else instead: take a chance and go deep on an RPG, expand their board game section, or throw money at their Magic singles budget. Miniature games? Buckets of "dead lead"? Now that takes some true dedication. That's opening nuts with laser beams. 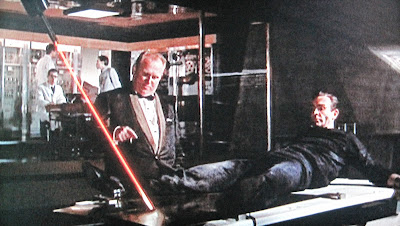